10.or had recently entered the Indian smartphone market and have launched two new smartphones as of now. The 10.or G is the high-end offering from the company. The smartphone is a direct competition to the popular Xiaomi Redmi Note 4. The highlights of the smartphone are the massive 4,000mAh battery, dual-camera setup and a full HD display. Here is our full in-depth review of the 10.or G. 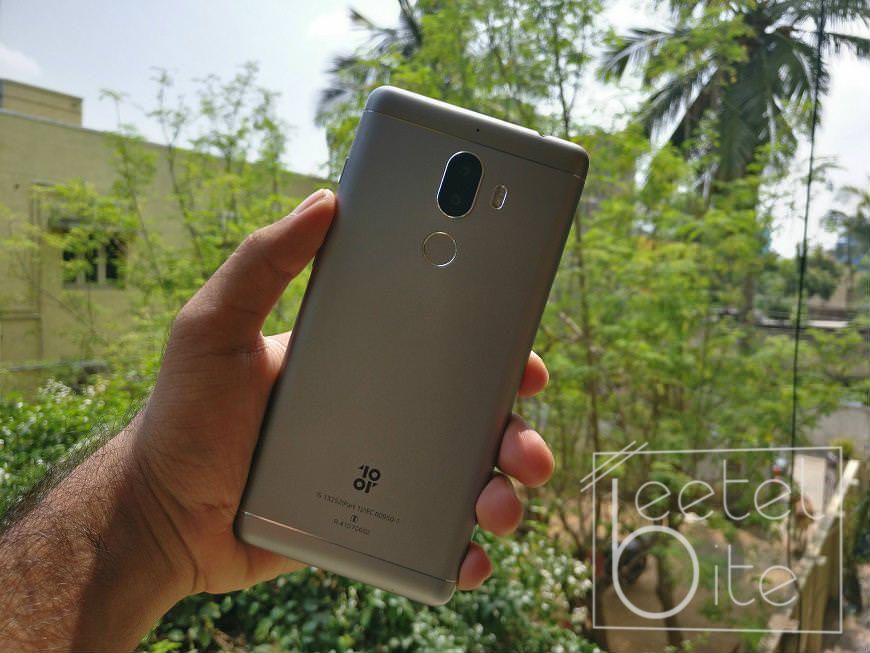 The 10.or G features a 5.5-inch IPS LCD display with a resolution of 1920x1080 pixels and comes with Corning Gorilla Glass 3 protection. The smartphone is powered by the Qualcomm Snapdragon 626 SoC coupled with Adreno 506 GPU. The phone comes in two variants, one with 3GB of RAM and 32GB of onboard storage and the other with 4GB of RAM and 64GB of inbuilt storage. Storage on the device is expandable up to 128GB using a microSD card. Under the hood, there is a 4,000mAh battery powering up the device. The dual-sim smartphone runs on Android 7.1.2 out of the box and will soon be updated to Android 8.0 Oreo as promised by the company. 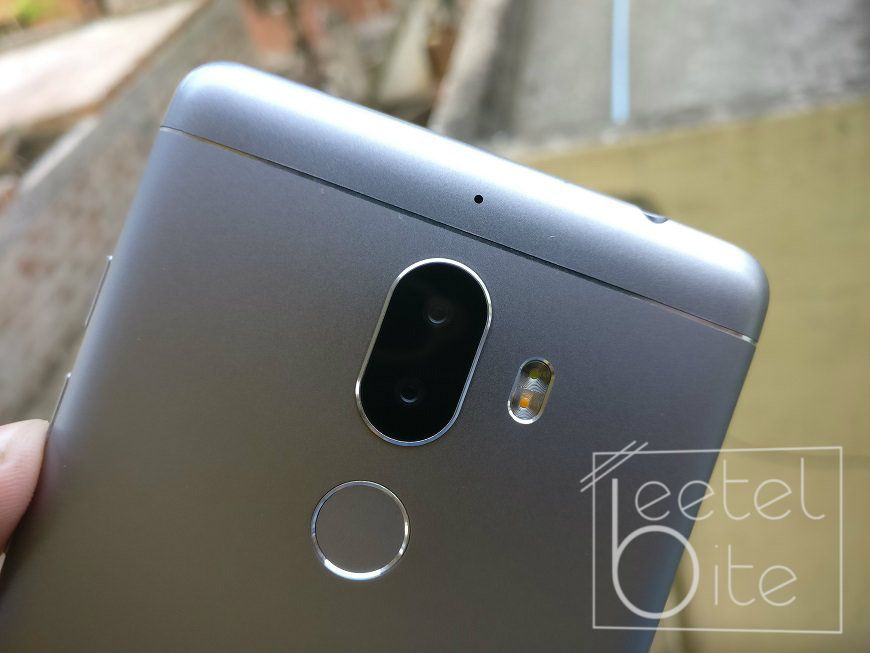 As for the optics, the 10.or G sports a 13-megapixel dual-camera setup at the back with one RGB and one Monochrome sensor. The rear-facing camera comes with a dual-tone LED flash. Up front, there is a 16-megapixel selfie shooter with f/2.0 aperture.

The 10.or G comes with a metal back and gives a premium feel when held in hand. It is impressive to see that though the phone has a 4,000mAh battery under the hood, the device still feels lightweight and weighs at around 170 grams. The phone comes with a 5.5-inch display with selfie camera, speaker and sensors found on the top. At the back of the smartphone sits the dual-camera setup alongside the dual-tone LED flash. The fingerprint sensor lies below the camera setup followed by the 10.or logo and the bottom. 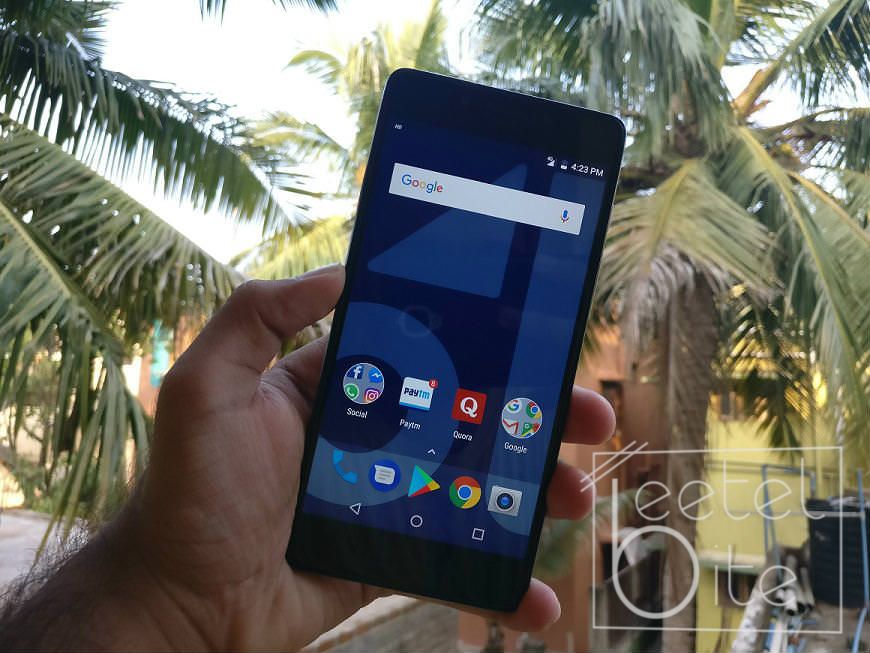 The power button and volume rockers are found on the right of the smartphone while there is a hybrid sim tray on the left. There is a 3.5mm jack at the top and the micro USB port lies at the bottom in between the speaker and the microphone.

10.or G runs on Android 7.1.2 Nougat out of the box which is nearly stock. The nearly stock Android operating system on the smartphone comes with almost no bloatware excluding the Amazon and Prime videos application.  The overall software experience was impressive. 10.or has also promised that users will soon get an update to the latest Android 8.0 Oreo, which is a plus point. Being a stock Android smartphone, the device will get Android updates significantly faster.

The 10.or G is powered by the Qualcomm Snapdragon 626 SoC coupled with Adreno 506 for GPU. The chipset is capable of running most applications and games smoothly. The Snapdragon 626 combined with stock android helped in delivering a great overall smartphone experience. The device was able to run games like Subway Surfers and Temple Run 2 smoothly. Games like Asphalt 8 and Injustice 2 ran without any lag.

The 10.or G comes with a dual-camera setup at the back consisting of two 13-megapixel sensors with one being an RGB sensor while the other one is a Monochrome sensor. The dual-camera setup is helpful in capturing the depth as well as more colour information. The cameras on the 10.or G are pretty impressive and perform really well outdoors. However, in low lighting conditions the cameras do tend to struggle a bit but thankfully the dual-tone flash saves the day. The front-facing 16-megapixel camera also manages to deliver some pretty great shots.

There is a 4,000mAh battery powering up the 10.or G. The battery on the device is able to deliver more than one day of charge with light to moderate usage. However, the smartphone will give one full day of battery life with heavy usage. During our review period, we were able to get around 4.5 - 5 hours of screen on time.

The 10.or G is another smartphone introduced by 10.or, pronounced Tenor, after their launch of 10.or E. These smartphones are exclusively available via the e-commerce website Amazon India. The 10.or G is priced at Rs. 10,999 for the 3GB + 32GB variant while the 4GB + 64GB variant retails for Rs. 12,999. At the price, the smartphone has a lot to offer. The device comes with good amount of specifications and is able to deliver seamless performance. Though the looks are not unique, the smartphone feels lightweight in hand. 10.or G delivers a nearly stock Android experience and the company promises to update the smartphone with latest security patches and soon provide the Android Oreo update. 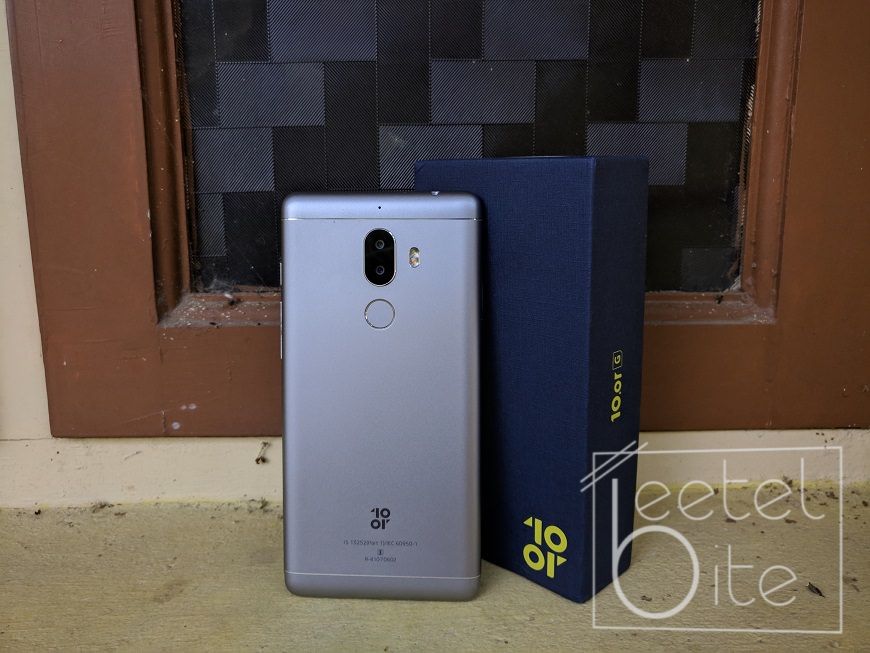