Apple Inc. has its launch event around the corner where they are supposedly launching the iPhone 7s and 7s Plus alongside the iPhone 8. Recent reports suggest that the launch date could be September 12. The reports are coming from a  French website Mac4Ever, which claims that it confirmed this from a few French telecom companies.

Reports claim that the iPhone 8 will be launched on September 12 and will go on sale starting September 22. Usually, Apple launch event takes place at around this time only. However, this contradicts the earlier reports which suggested that the iPhone 8 launch could be delayed due to the new technology that Apple is planning to bring for the upcoming smartphone. Meanwhile, we have to wait for the official confirmations from the company.

As far as the specifications are concerned, leaks and rumours suggest that the iPhone 8 will sport a 5.8-inch OLED display with minimal bezels. The phone is also said to feature a vertical 12-megapixel dual-camera setup at the back. The phone will be powered by the Apple A11 chipset coupled with 3GB of RAM. Up front, the phone is said to come with a 7-megapixel front-facing camera. The iPhone 8 will run on iOS 11 out of the box.

In the upcoming event, Apple might also introduce the third-generation of the Apple Watch and a new variant of the Apple TV with 4K support. 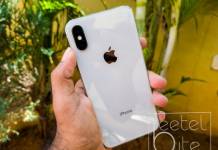 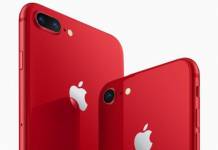 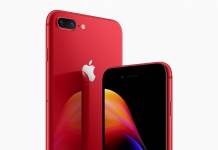 Apple iPhone 8 and 8 Plus are now available in Red: Price, Availability and more