As a new year has started, most smartphone manufacturers are working on the 2018 edition of their flagship. Companies like Samsung, Asus and Sony have already introduced their 2018 flagships. Now, HTC is working on bringing its next flagship to the table. HTC's much awaited HTC U12 is just around the corner and we already have most of its details.

HTC U12 which is currently being codenamed as HTC Imagine will be a successor to the U11 and the company's 2018 edition flagship. There have been a lot of leaks for the device and the most recent ones are from LlabTooFeR, a tipster and developer. LlabTooFeR revealed the specifications of the upcoming smartphone via its Twitter handle.

Being a flagship, the smartphone will be powered by the Qualcomm Snapdragon 845 SoC. Further, the smartphone is said to feature a 5.99-inch display with a resolution of 1440x2880. This time around HTC might opt in for the 18:9 display standard. The device will also pack in 6GB of RAM and up to 256GB of inbuilt storage. The smartphone will run on Android 8.0 Oreo with HTC Edge Sense UI 2.0 on top of it. Under the hood, there will be a 3420mAh battery powering up the internals.

HTC U12 is also expected to come with the IP68 dust and water resistance. To recall, HTC U11 was rated IP67 which is slightly poor than the IP68 rating.

HTC is expected to launch the much-awaited U12 in the month of April this year. 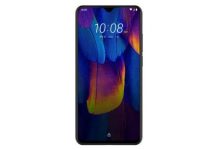