Lenovo-owned Motorola is now working on bringing the successor to the Moto G5 line-up. The Moto G family has gained quite a bit of popularity and many are excited about the upcoming Moto G6 line-up. The much-awaited Moto G6 Plus was spotted on Taiwanese NCC certification website with model number XT 1926-5. The smartphone is expected to launch sometime in April 2018.

The listing confirms some of the specifications and features of the upcoming smartphone. The list was first spotted by 91 Mobiles. As per the listing, the Moto G6 Plus will feature a 5.93-inch Full HD+ display with an 18:9 aspect ratio. The smartphone will be powered by the Qualcomm Snapdragon 630 SoC. The device will be available with 3GB, 4GB and even 6GB of RAM. The inbuilt storage on the handset can go up to 64GB depending on the variant. There will also be an option for expandable storage via the microSD card slot.

The Moto G6 Plus will run on Android 8.1 Oreo out of the box. The software on the smartphone will also support Google's Project Treble for faster updates. Powering everything up, there will be a 3,250mAh battery.

As for the optics, the Moto G6 Plus will sport a dual camera setup at the back. The rear camera setup will include a 12-megapixel and a 5-megapixel sensor. Up front, there will be a 16-megapixel selfie shooter.

The Moto G6 Play is most likely to be priced somewhere between Rs. 15,000 to Rs. 18,000. At this price point, the smartphone will compete directly against the likes of the Xiaomi Redmi Note 5 Pro, Honor 9i and the Honor 7X. 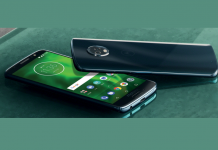 Top 5 alternatives to the Moto G6 Plus 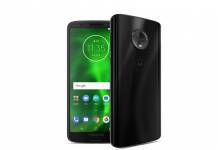 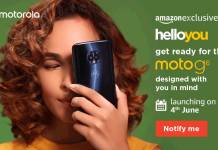 Moto G6 to launch on June 4 in India: Here's all you need to know