Nokia recently launched a couple of new smartphones in India, one of which was the Nokia 7 Plus. The Nokia 7 Plus is a great smartphone but misses onto one feature. The smartphone does not support LTE on both the sim-slots. Interestingly, Nokia will soon roll-out an update enabling users to get LTE networks on their 2nd SIM as well.

Juho Sarvikas, CEO of Nokia, replied to a tweet by Siddhartha Sharma saying, "Thanks Sid for the awesome review and don't worry, 2nd sim will support LTE shortly!" However, shortly here might mean that the Nokia 7 Plus users will have to wait for a few weeks until Nokia officially rolls out the update.

Thanks Sid for the awesome review and don't worry, 2nd sim will support LTE shortly!

As far as the specifications are concerned, the Nokia 7 Plus features a 6-inch IPS LCD display with a resolution of 1080x2160 pixels and an 18:9 aspect ratio. The smartphone is powered by the Qualcomm Snapdragon 660 SoC. The device packs in 4GB of RAM and 64GB of onboard storage which is further expandable up to 256GB using a microSD card. The Nokia 7 Plus runs on Android 8.0 Oreo out of the box. Under the hood, there is a 3,800mAh battery powering up the internals.

Also Read: Nokia 7 Plus and Nokia 8 Sirocco now available in India: Here are some alternatives

On the optics front, the smartphone sports a dual-camera setup at the back consisting of a 12-megapixel and a 13-megapixel sensor. Up front, there is a 16-megapixel selfie shooter.

As for connectivity, the dual-SIM smartphone supports 4G, VoLTE, dual-band Wi-Fi, Bluetooth 5.0, NFC, GPS, A-GPS, GLONASS and a USB-Type C port. The smartphone also features a fingerprint scanner at the back.

The Nokia 7 Plus is currently available in India with a price tag of Rs. 25,999. 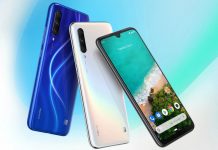 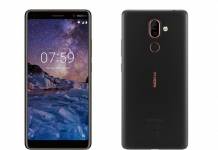 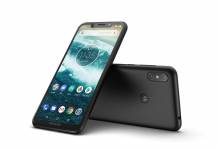 Motorola One Power launched in India: Price, Specifications and Alternatives