10.or (Tenor) the smartphone brand brought to the Indian market by Amazon has finally started rolling out Google's Android 8.1 Oreo to its smartphones. The company has initiated the process by first providing the update to the Xiaomi Redmi 5A competitor 10.or D. After which they have promised to soon start rolling out the update to the 10.or G and E.

10.or, a few weeks ago, promised that they will be rolling out the Android 8.1 Oreo update for their devices in July. 10.or D has already started receiving the Android 8.1 Oreo update, which clearly shows the company is working hard to keep up with its promises. However, we have still not received the update on our 10.or G and E. We are expecting these devices to get the update within this month.

Android 8.1 Oreo on the 10.or D brings features like Autofill, Picture-in-Picture mode, Notification dots and much more. The latest version of Android also brings a new set of emojis and improves the overall device performance. Apart from the Android version upgrade, the latest update on the 10.or smartphone also brings Android security update to June 2018 along with some general stability fixes.

10.or D users will soon receive a notification stating that an Update is available. You can simply tap on that notification and click on Download. Once the file is downloaded, you can then tap on Install and your device will then restart and install the update. In case you haven't got the notification, head over to Settings>About Phone>System Update and then tap on Check for updates. If you still don't see any update, try restarting your device.

In terms of specifications, the 10.or D features a 5.2-inch IPS LCD display with a resolution of 1280x720 pixels. The smartphone is powered by the Qualcomm Snapdragon 425 SoC. The device packs in 2GB or 3GB of RAM coupled with 16GB or 32GB of onboard storage. All of this is backed by a 3,500mAh battery. 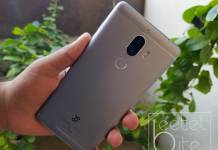 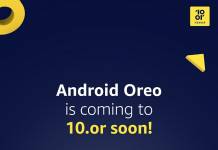 10.or G to get the Android 8.1 Oreo update this month: Here's why it took so long 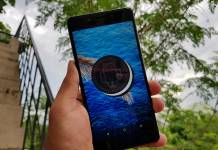