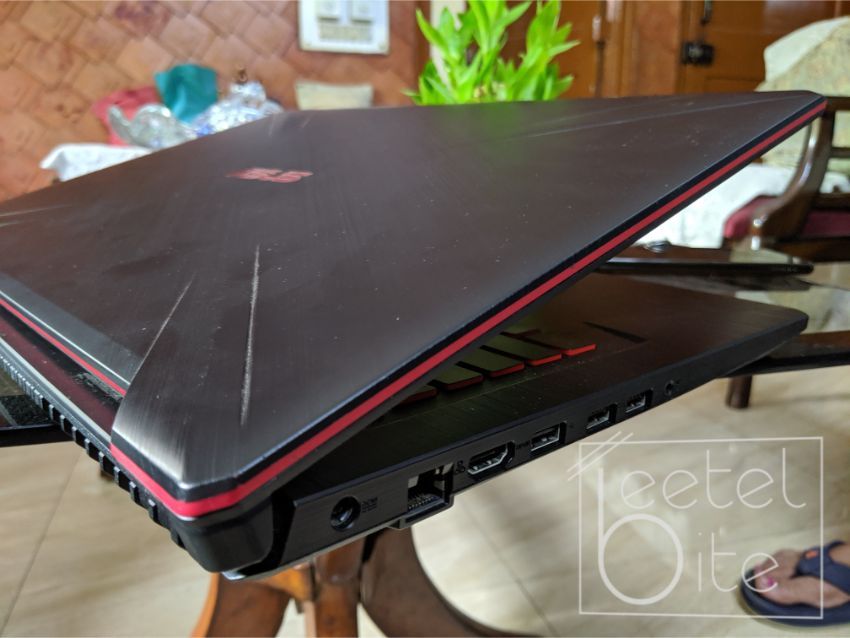 Gaming laptops are generally priced higher than the usual consumer market due to the various modifications required to game even on high-end hardware. With the introduction of the AMD Ryzen 5 series processors and their aggressive pricing strategy along with Asus trickling down ROG technology into its Tuf line-up of the laptop, the Asus Tuf series of laptops powered with Ryzen 5 has gotten a lot cheaper.

The Ryzen 5 powered Asus Tuf FX705 brings a lot to the table for its price is able to create tough competition in the market. However, does it match up to the needs of gamers and normal users in the real world? Find out in our review below: 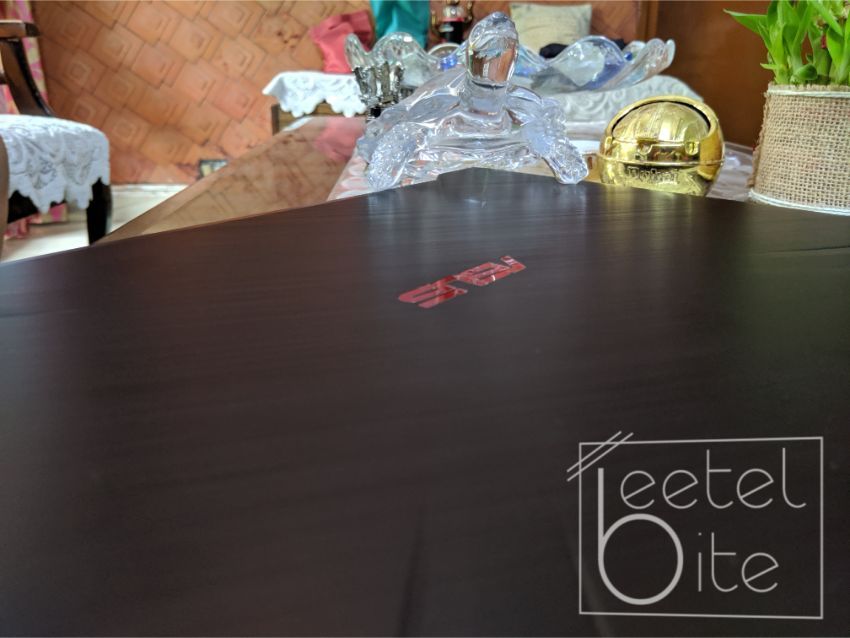 Asus Tuf FX705 is available in a variety of configurations. The variant we had for review purposes came with an AMD Ryzen 5 3550H Processor coupled with a Radeon Vega 8 GPU. The laptop even sports a dedicated AMD RX 560X graphics card along with 4GB of GDDR5 VRAM. It comes with a 17.3-inch IPS LCD display with a resolution of 1920×1080 pixels anti-glare panel. The device also packs in 8GB of RAM and a 1TB hard drive.

The Asus Tuf FX705 does not look very attractive but the red accents and the angular lines give it kind of an aggressive look. The laptop is quite bulky, which is probably due to the high amount of cooling elements inside to keep the internals from frying up during heavy gaming sessions. Also, the 17.3-inch display means it is very large to be carried around anywhere easily. 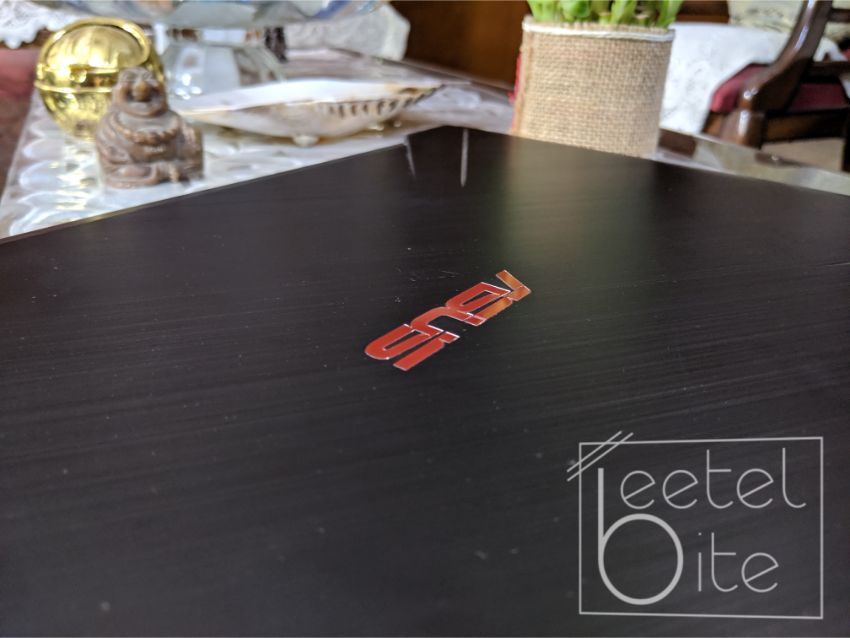 The outer shell is made out of plastic with a brushed aluminum like feel to it. The red accents along with the red Asus branding and the red backlight on the keyboard along with angular lines everywhere just to enhance the look and make like an angry bull.

The 17.3-inch display with something the company calls nano-edge display sports very small bezels making it look a little better and decreasing the size a bit. The brushed aluminum feel to the body looks and feels really good and keeps the fingerprints away.

Overall, the design of the Asus Tuf FX705 is very aggressive looking and purposeful. The company claims that it has passed the MIL-STD 810G standard but not what tests it has passed, so it is a little durable at least. 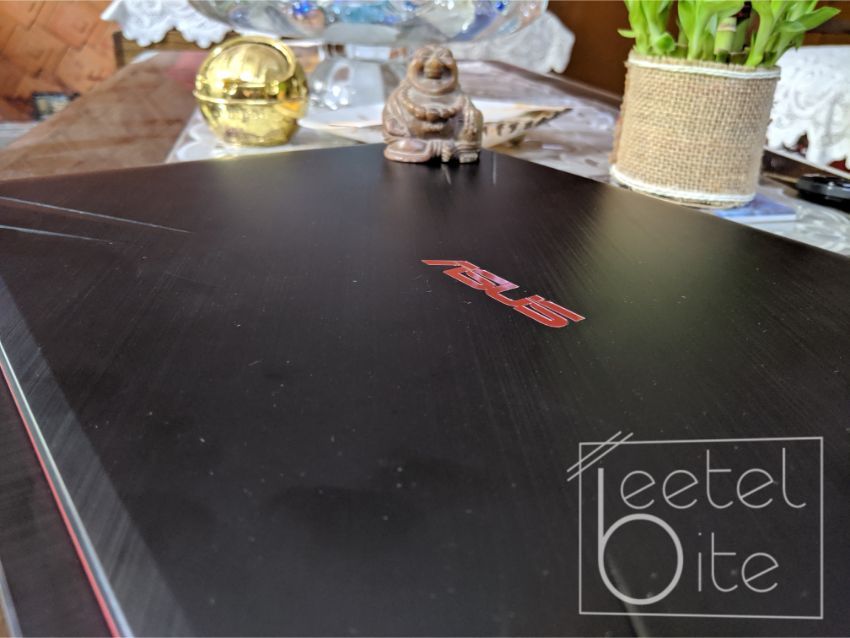 Asus Tuf FX705 sports a 17.3-inch IPS LCD panel with a resolution of 1920×1080 pixels. It is quite impressive to see a Full HD panel with that big display at this price range. Also, the display is anti-glare so it helps when working in direct sunlight outside which you wouldn't want to cause of its massive size and weight. Media consumption such as movies is such a great experience cause of the massive 17.3-inch display panel. The color accuracy is good and the anti-glare matt display helps with the light a lot.

The laptop is powered by the AMD Ryzen 5 3550H processor with 4 cores and 8 threads. It comes with a single 8GB RAM stick installed, which is quite enough for most use case scenarios and also has room for upgradeability.

One thing that the machine lacks is an SSD, which is a necessity especially with the Windows 10. Notably, the laptop does have an M2 PCIe slot, which enables you to upgrade it and add an SSD later if you wish to.

As for the gaming performance, the device is easily able to play all e-sports titles such as Counter-Strike: Global Offensive. In order to gain higher frame rates, you will need to bring down the graphics a little bit. Heavier games like PUBG and Battlefield V can also run, but with graphics turned to medium or low. 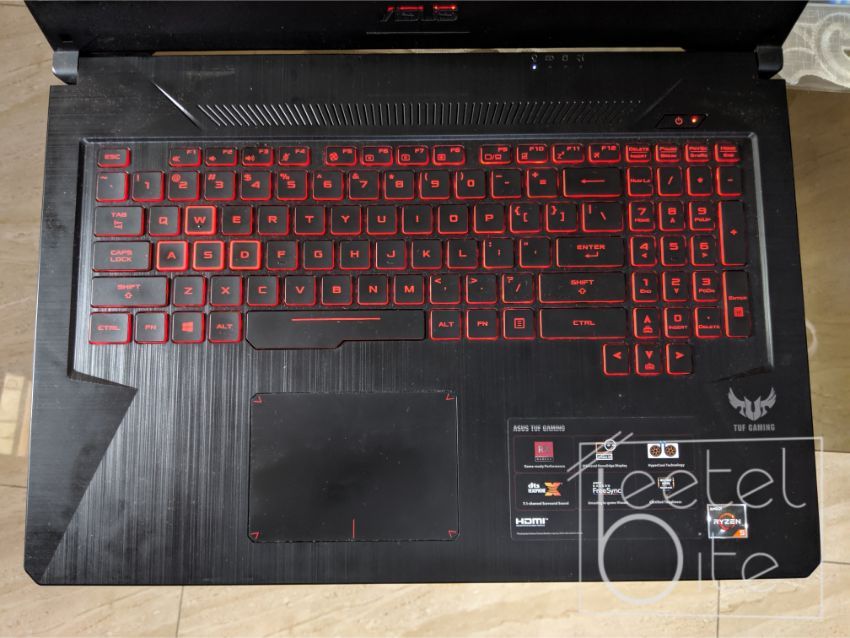 The laptop comes with a backlit chiclet-style keyboard. It is quite comfortable for both, gaming and long typing sessions. However, the laptop is too wide because of the 17.3-inch display, and this means the keyboard would either have large bezels or a wide placing in between the keys. The Asus has a wide spacing in between the keyboard which is something not everyone would like. The trackpad uses Windows precession drivers, which means Windows 10 gestures work well. Both the keys and the trackpad have red accents around them, giving it a gaming vibe.

The red backlighting on the keyboard makes it to much aggressive. The key travel is good enough and the feedback is from the keys is great. 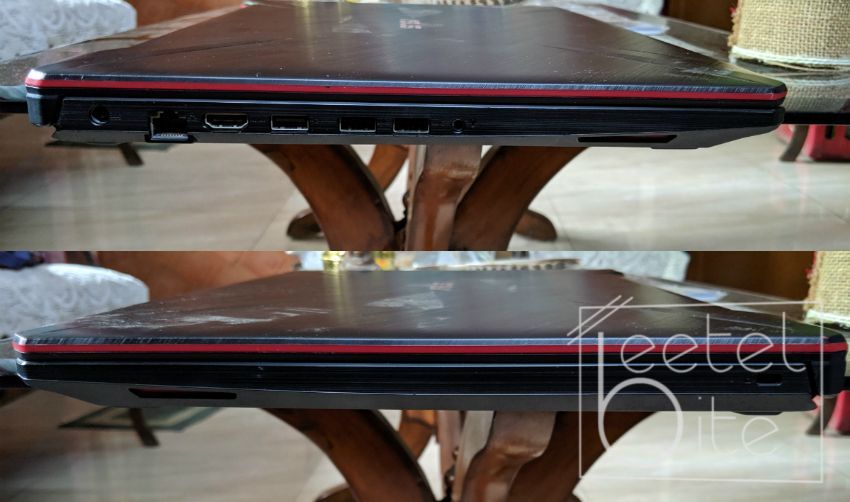 The IO on the Asus FX705 is good but disappointing considering the size. The right side is barren even no CD player. The CD player has gone absolute these days, but the laptop has so much space, they could have easily added one in. The left side has a 3.5mm jack along with two USB 3.0 Gen 1 ports and a USB 2.0 port. You also have an HDMI port along with an ethernet port and a charging port. 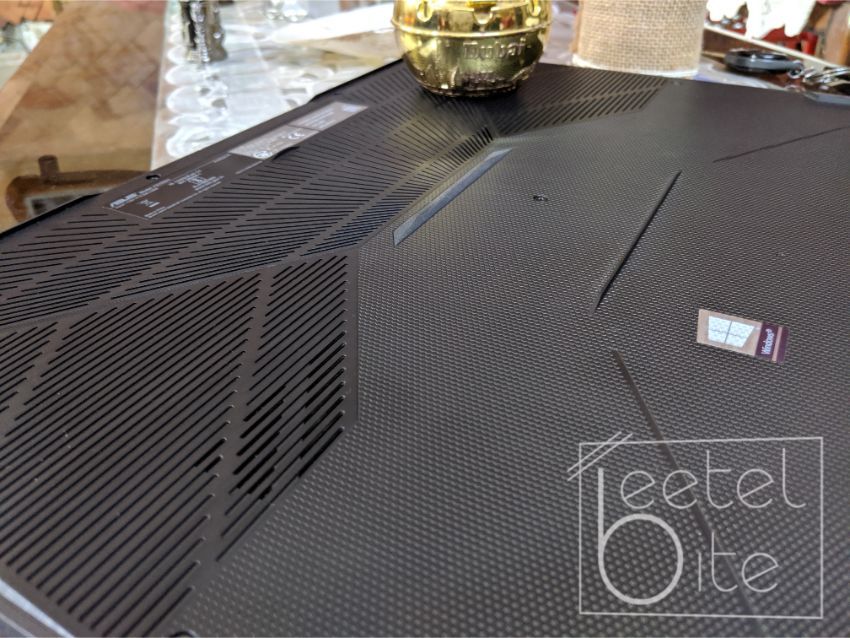 Most gaming laptops do not provide a good battery life, same is the case for the Tuf FX705. In normal use case scenarios including web browsing, using a couple of apps, and a few hours of media playback, the laptop delivers a battery life of around three and a half hours. However, tinkering around with the Windows performance modes and a few other settings can, you can bring it up to around five hours. The charging time with the included charger is around 1.5 hours which is normal.

Asus Tuf FX705 is hands down one of the best gaming laptops under Rs. 60,000. The review specification retailing for a little over Rs 59,999. With the weight of the machine and the massive size, it is hard to carry around a laptop. 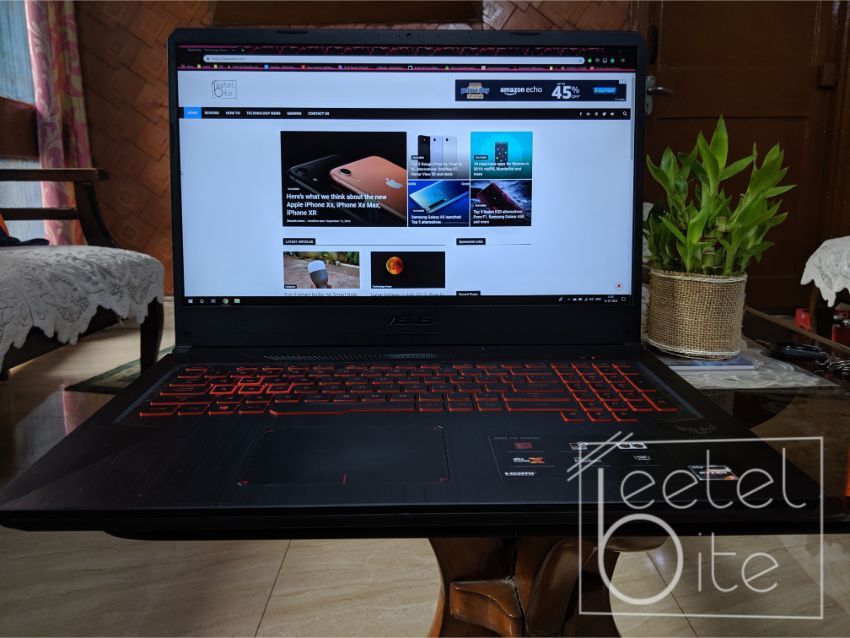 The gaming laptop segment has gotten a lot cheaper, and thanks to the aggressive pricing of the Ryzen 5 series of processors the laptop is a good value for money. It won't blow you out of your mind, but considering the price it a good laptop for gaming.

So, if you want a laptop mainly for gaming purposes, the Asus Tuf FX705 is a good option. However, if you want to use it as a work or a school laptop as well, the massive size and the weight will surely be something to make your experience not so good. I would rather suggest going for the 15.6-inch display so decrease the size making it a little easier to carry. Overall, you won't be disappointed with the whatever variant you choose to go with.