Asus recently launched their Zenfone 4 Selfie series phones, with the aim of pure domination in the pure selfie phone market. With the Zenfone Live Asus launched a few months ago which focused on the live streaming and applying filters, the Zenfone 4 Selfie Pro aims at creating perfect selfie by using a combination of a dual 12-megapixel front camera with a software with Asus like to call the 24-megapixel DuoPixel front camera. So is it really that good? That's the question we went out to answer. The Zenfone 4 Selfie pro comes with a dual 12-megapixel front camera powered by a Snapdragon 625 and 4GB of RAM backed up by a 3,000mAh battery the device makes up for a pretty good device of paper. The rear camera 16-megapixel single camera. The front cameras include a 12-megapixel wide-angle and a 12-megapixel telephoto lens. The display is a 5.5-inch full HD AMOLED display.

The device has a full metal body design with a fingerprint sensor on the front which doubles up as a home button. And yes it includes a 3.5mm headphone jack but comes with a micro-USB instead of USB-C. The phone is running on Android 7.1.1 with ZenUI 4 with a promise of Android Oreo at least.

With a 2.5D curved glass and a metal body, the device feels premium in the hand. At the first look, the device looks great and it feels great. The device is also weighing only 147grams and measuring 7mmin thickness the phones feels ultralight. Asus also includes a high-quality transparent case with the phone for the people who like to have some extra protection.

The front composes of the 5.5-inch full HD AMOLED display with the DuoPixel camera at the usual place and the fingerprint in the front below the display. The fingerprint sensor doubles as a home button, with the back and recent button being backlight capacitive buttons. 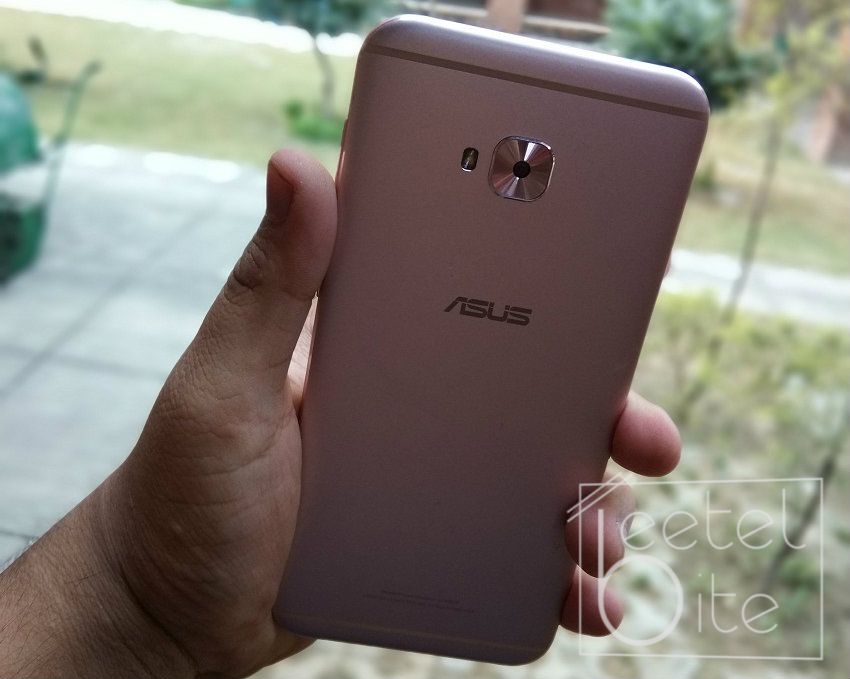 The back is made out of metal which looks and feels great. The two horizontal antenna lines at the top and bottom of the phone are only really whats plastic at the back. The back camera is in the centre with flash unit its left side. The camera has a minute you won't even notice in everyday usage. There is only one Asus branding on the phone that to at the centre back which offers a very clean look.

The power and volume buttons are placed on the right side with the power button being textured. It's always a welcomed addition. The buttons are also finished in metal. The top houses a secondary microphone for noise cancellation. The sim card tray is on the left. The device has a hybrid dual sim card slot. The bottom of the phones houses a micro-USB charging slot along with the headphone jack and speaker and primary microphone.

With the all-metal design and a small plastic lip around to glass and back ensures the phone will take a beating without any major damage. Asus also includes a clear case in the box for the people who like to keep their phone as good as new. 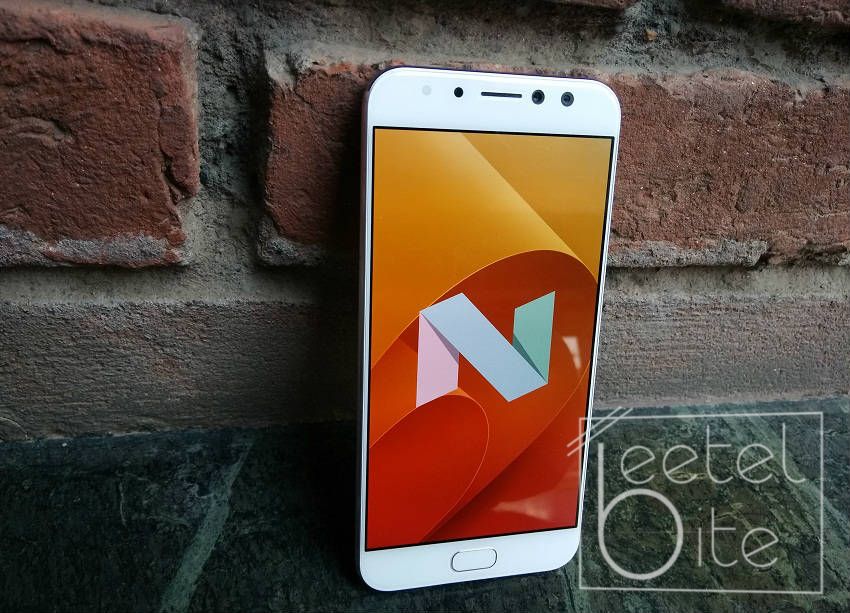 The device runs on Android 7.1.1 with Asus's ZenUI 4 on the top. The company promised the device will get the Android 8.0 update so that's nothing worry about. The device runs great with no lag and nothing is different from something usual. The Asus ZenUI has always featured a great UI customization and a smooth experience.

The performance is a major area of concern in any device. The device was made for great perfect selfies so we don't consider the performance to be a big issue. To our surprise, the device performed equally well as it takes photos. The device comes with a Snapdragon 625 coupled with 4GB of RAM and 64GB of memory. The device was able to run all day to day tasks pretty smooth as well as didn’t lag a bit while gaming. 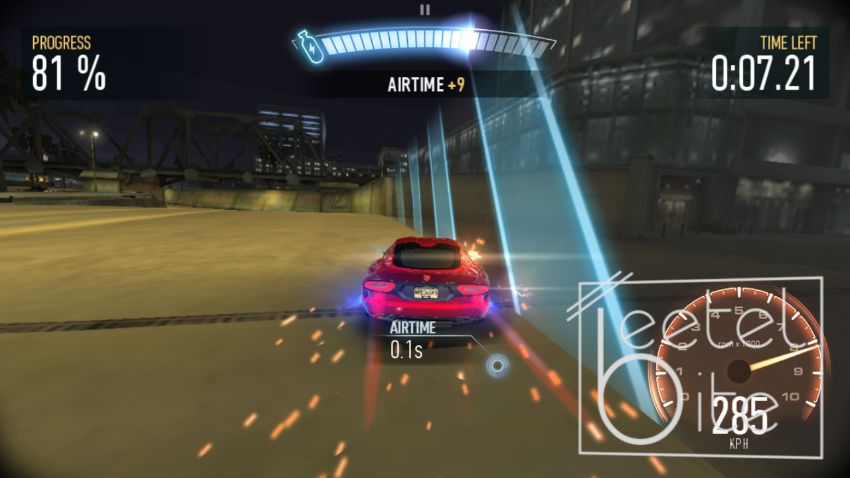 Also, the device also handles heavy gaming such as Need For Speed: No Limits without any issue.

The device has a good 5.5-inch(1080×1920) full HD AMOLED display with great sunlight readability with full brightness. The colours are very vibrant and vivid. The display is up to the mark. There is an outdoor mode for increasing the brightness to the highest possible for sunlight readability.The device also has an always-on feature but as it doesn't have an OLED display, the whole display is kept on during that and it impacts battery way much.

The indoor shots with adequate lighting are great with good light exposure and focus. The exterior shots also show the same characteristics with the sunlight shining brightly. This makes the rear 16MP f/2.0 aperture camera look good. Also, it offers some stability in the images when the hands are moving. There is a software-enabled rear portrait mode but it needs adequate lighting and stability and time to process. Also, it looks like its software-based so we won't recommend using it. The lowlight camera is also really good.

Obviously is called the Asus Zenfone 4 Selfie Pro, meaning its a selfie-focused device so that's the most important part of the phone. The one thing we keen on testing was that 24 MP DuoPixel camera technology which Asus said to the best in the industry. It's basically two 12MP camera sensors combining to provide a seemingly 24MP photo. Also, there is a wide-angle mode for the front snapper.

The wide angle mode does what it says with a good 12MP wide-angle camera taking photos which is better than many phones back camera like the Infocus Turbo 5 Plus. The 24MP DuoPixel magic happens when you go into camera setting and turn on the 24MP DuoPixel checkbox. The front cameras are able to capture photos in high resolution with an incredible amount of information with perfect white balance and surprising depth. This can be used to take selfie portrait photos with great quality if Asus chooses to enable it in a future update. It gets full approval for the being the selfie phone.

Packing a 3,000mAh battery the phone lasts almost a day with the need for charging at the night with constant usage and mild gaming. The charging time with the included charger is around two and a half hours which is pretty standard for the included 2 amp charger.

We ran the PC Mark’s Work 2.0 Battery Life test which subjects the phone to heavy usage and finds out the battery life in that condition. The device yielded a result of 9 hours and 38 minutes which is up to the mark of these smartphones. The battery could better but that was the needed to make the super light and thin phone. Depending on the personal choice the compromise turned out to be good.

The Asus Zenfone 4 Selfie Pro comes with a price tag of Rs. 23,999 and performs great in all the segments. But that being said we felt the phone is a bit more expensive than what it should be. If the device cost somewhere around Rs. 20,000-21,000 or less the Zenfone 4 Selfie Pro would have been a great phone to own. Also with the 2017 trend of shrinking bezels and 18:9 resolution display the device looks kinda out-dated. If your primary focus is a camera or the selfies this is the device to purchase but if you looking for an all-rounder phone we think its a little expensive. That being said the included high-quality case in the box justifies the price a bit but not that much. With the discounts of various sales, if you can get this phone for Rs. 21,000 or less, this is the perfect phone for one to purchase.