Both the phones sport a 5.99-inch 18:9 aspect ratio display with metal back and plastic parts at the back for antenna purposes. Both the devices have considerable bezels but less than what we are used to. Also, both the smartphones have a rear mounted fingerprint sensor. However, the Zenfone Max Pro M1 features a dual camera setup at the back while the Redmi Note 5 has a single one. Along with the Redmi Note 5 sports an IR Blaster while the Zenfone Max Pro M1 doesn't.

Both the devices look and feel premium in hand. Also, both the handsets sport an almost similar footprint.

The Zenfone Max Pro M1 runs on stock Android 8.1.0 Oreo while the Redmi Note 5 runs on MIUI with Android 7.1.2 Nougat out of the box. In terms of software performance and stability, the Zenfone takes the lead. However, many MIUI fans will disagree as it carries a ton of useful features. If you are not an MIUI fan, you will love the stability and performance of stock Android on the ZenFone.

Performance is the major concern for any smartphone. The Xiaome Redmi Note 5 is powered by the Qualcomm Snapdragon 626 SoC coupled with 3/4GB of RAM and 32/64GB of storage. While the Asus Zenfone Max Pro M1 sports a Qualcomm Snapdragon 635 SoC with 3/4GB of RAM along with 32/64GB storage. This instantly makes the Zenfone better than the Redmi on paper. However, not everything depends on specifications.

We ran our usual AnTuTu v7 and Geekbench 4 benchmarks in our reviews for the devices. That also proved the Zenfone is better in performance numbers than the Redmi. Just like the specifications, the real-life performance does not depend on these numbers. In real life usage, the ZenFone Max Pro M1 is leaps and bounds ahead in terms of performance compared to the Xiaomi Redmi Note 5.

Also, the Redmi tended to run a little hot on heavy gaming while the Zenfone managed to remain cool. You can read more in your detailed reviews (Asus ZenFone Max Pro M1).

The ZenFone Max Pro M1 and the Redmi Note 5 feature a 5.99-inch FullHD+ IPS LCD display with an 18:9 aspect ratio. In terms of maximum brightness, both the smartphones managed to reach almost an equal level. However, when it comes to the lowest level of brightness, the Redmi easily beats the ZenFone.

In our testing, we found out that the Zenfone has a better colour accuracy than the Redmi. Also, the Redmi couldn't handle white balance well. You can check out the camera samples and detailed camera information in our full review of the device.

So the question still remains, where should you spend your money if you wanna buy a budget segment device? Well, the answer is clear, if you can't live without the IR Blaster or MIUI then its the Redmi Note 5. If you need a better camera and performance, the Zenfone Max Pro M1 is the choice. 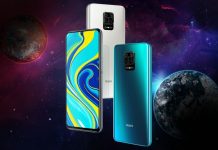 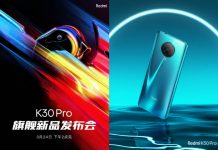