Bharat Sanchar Nigam Limited (BSNL) has just revised its Rs 1,188 'Marutham' prepaid plan. It has reduced the validity of the plan from 365 days to 300 days. The Marutham plan was a limited time plan, which was intended to end on January 21. However, the company has extended its validity to March 31.

The Rs 1,188 Marutham prepaid plan is applicable for new and existing BSNL customers in Chennai and Tamil Nadu circles only. Customers from other circles cannot opt-in for the plan.

To recall, the Rs 1,188 plan was launched back in July, and was supposed to end in October. However, the state-run telecom service provider extended the offer until January.

Under the Rs 1,188 Marutham plan, the company offers 250 minutes of free voice calling per day along with 5GB of high-speed data. Apart from that, the users will also get 1,200 SMS messages.

Apart from this, the state-owned telecom service provider launched its Republic Day offer, under which it is providing customers with 71 days of extended validity on its Rs 1,999 prepaid plan. The offer went live on January 26 and can be availed until February 15. 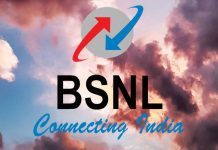