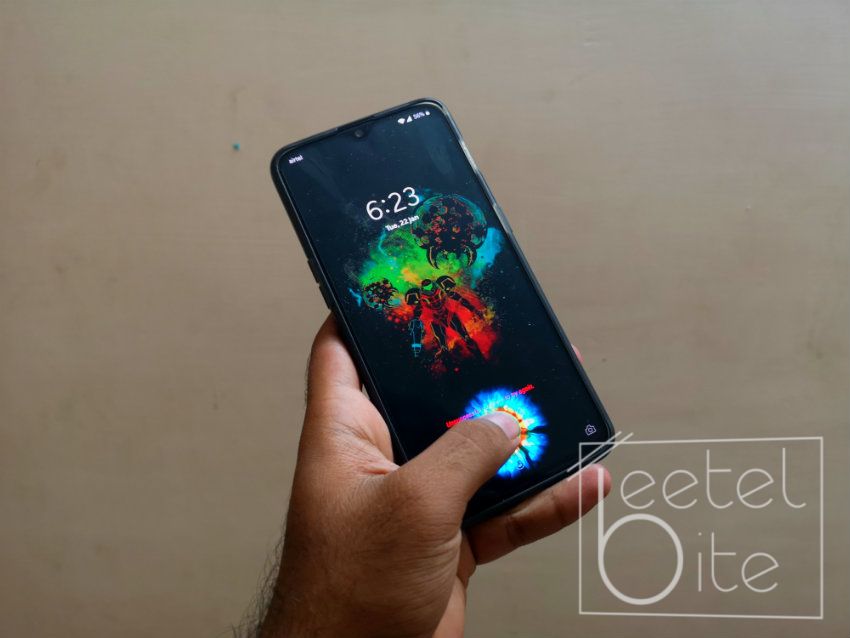 OnePlus recently launched the OnePlus 6T, which was just an incremental upgrade over its predecessor OnePlus 6. One of the highlights of the new smartphone is its in-display fingerprint sensor, making it one of the first globally available smartphones to come with such a feature. Though the in-display fingerprint scanning sounds futuristic, it comes with its own flaws. It is significantly slower than its capacitive counterparts. Here's how you can make it much faster and more accurate right away.

However, the more recently launched OnePlus 6T McLaren Edition comes with a different animation style. It is much better and throws more light resulting in faster fingerprint reads. Not everyone has Rs. 13,000 extra to spare on a special edition smartphone. So, here's how you can get the new animation style on your regular OnePlus 6T.

Step 2: Open the application and make sure the second drop-down menu is set to System Table

Step 3: Scroll down and look for "op_custom_animation_style" and tap on it

Once done, hit save changes to enable the new in-display fingerprint scanner animation. We highly recommend carefully going through the above steps and not tinkering with any other values in the app as it can affect the way your phone works.