Since Samsung has officially launched its foldable smartphone, the Galaxy Fold again, the Chinese smartphone manufacturer Huawei did not want to lack behind. While they have already showcased their version of a foldable phone, they are now ready to launch it and start handing it over to the masses.

Richard Yu, Huawei's consumer business CEO, announced at the IFA 2019 that Huawei Mate X, the company's first foldable smartphone with a flexible screen will be launching as soon as next month. It was initially said to be launched in June but due to the problems faced by Samsung with the Galaxy Fold, Huawei wanted to delay the launch.

Apart from the regular Huawei Mate X that was showcased earlier, the company is also gearing up to launch another variant of the same with the latest Kirin 990 processor. It is also reported that the foldable smartphone has passed 3C certification and network access license test.

As far as the specifications are concerned, the Huawei Mate X sports a large 8-inch display when unfolded. Once it is folded, the screen size reduces down to just 6.6-inches. In comparison, the Galaxy Fold features a 7.3-inch and 4.6-inch display unfolded and folded respectively.

The current version of the Huawei Mate X is powered by the HiSillicon Kirin 980 octa-core processor coupled with 8GB of RAM. It comes with 512GB of onboard storage, which is further up to 256GB expandable using an NM card. All of this is backed by a 4,500mAh battery that supports 55W fast charging.

In terms of the optics, the Huawei Mate X sports a triple camera setup, which includes a 40-megapixel primary, a 16-megapixel ultra-wide and an 8-megapixel telephoto lens. Here's a list of Huawei smartphones getting the EMUI 9.1 update 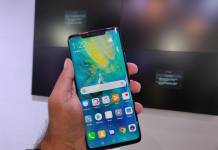 Huawei Mate 20 Pro launch offers: Here's everything you get alongside the phone 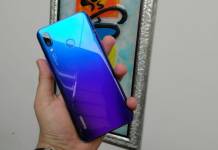 Huawei benchmark controversy: Here's everything you need to know