Lenovo owned Motorola recently unveiled the mid-range Moto X4 during IFA in Berlin. The company is now gearing up to launch the smartphone in India on November 13. Motorola confirmed this by sending out the media invites for an event which will be held in New Delhi. The company also made a tweet via its official Twitter handle regarding the launch date and availability of the device. Motorola claims that the upcoming Moto X4 will be exclusive to the e-commerce website Flipkart.

Gear up to experience perfection with #MotoX4, a phone as beautiful as it's strong! Arriving on 13/11, on @Flipkart. https://t.co/I6rC1RlCWq pic.twitter.com/gFHzc9cdrF

Flipkart being the exclusive to sell the Moto X4 has already set up a page on its website for the Moto X4 launch. The page mentions 4 E's to promote the smartphone which includes extraordinary, exceptional, excellent and exquisite. The media invites sent out by Motorola states "Experience 'perfection' crafted into a smartphone as Motorola brings to you the new Moto X4."

As far as the specifications are concerned, the Moto X4 is powered by the Qualcomm Snapdragon 630 SoC coupled with Adreno 508 GPU. The smartphone features a 5.2-inch IPS LCD display with a resolution of 1080x1920 pixels. The phone packs in 3GB of RAM and 32GB of onboard storage which is further expandable up to 256GB using a microSD card. Under the hood, there is a 3,000mAh battery powering up the device. The Moto X4 runs on Android 7.1.1 Nougat out of the box and will be soon updated to Android 8.0 Oreo.

The Moto X4 was initially launched in Super Black and Sterling Blue colour variants and Motorola is expected to launch both the colours in India as well. 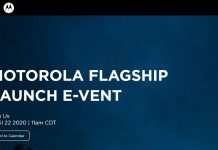 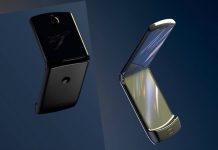