After The Asus Zenfone Max just being launched in January is a new take necessary on the device after just around 6 months have passed. Let's get into the phone that Asus sent us and check for ourselves.

This new model of the Zenfone Max is specially launched for India as per Asus, and will be only available in India. We were astonished when we received the phone it was on for more than 10 days and had a lot of battery left and with that Asus also guarantees 38 days of standby and up to 3 days of normal usage. So let's get into the full review of the New Asus Zenfone Max.

The Design is the same as the previous Zenfone Max and that is not a bad thing as as the leather textured back gives it a premium feel and the side frill though made from plastic gives a look of being made from metal and all this makes the phone appear much more highly priced than it actually is.

The device also comes in bundled with a Usb OTG Cable. We know that the OTG Cable is for charging other devices via the battery of the Zenfone Max, which is a very nifty feature. So, what Asus says the New Zenfone Max has so much battery that it can even full charge another device. There is a power bank mode in the New Zenfone Max where the Zenfone turns off and goes into charging mode where it provides a charge of 1.5 Amp. for other devices to charge off of it. 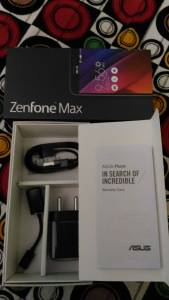 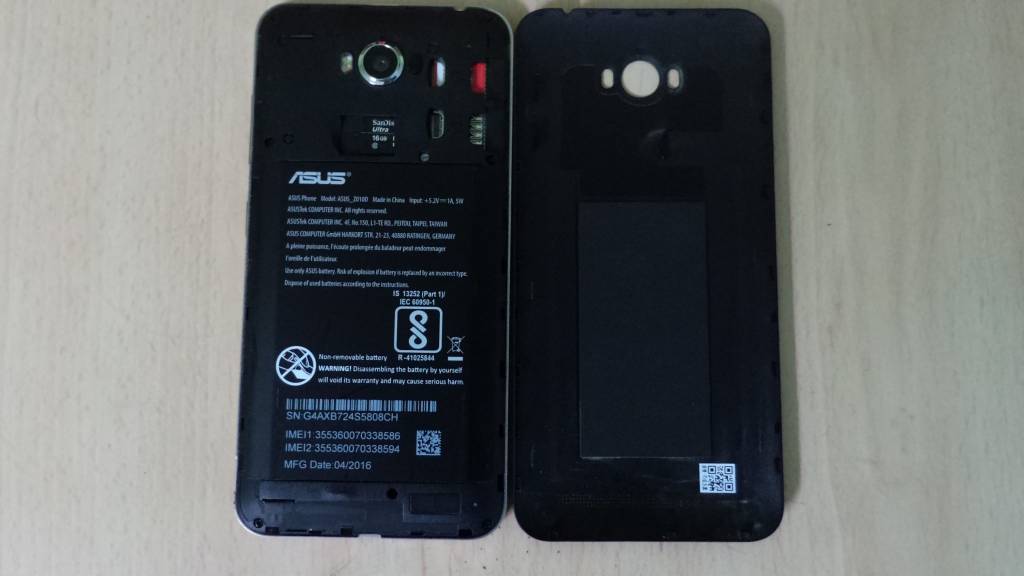 The stock charger took from about 4.5 - 5 hours for charging the device from 0-100%, so just leave it on charge for the night. It also supports fast charging so, you can charge it with a fast charger and get better results. 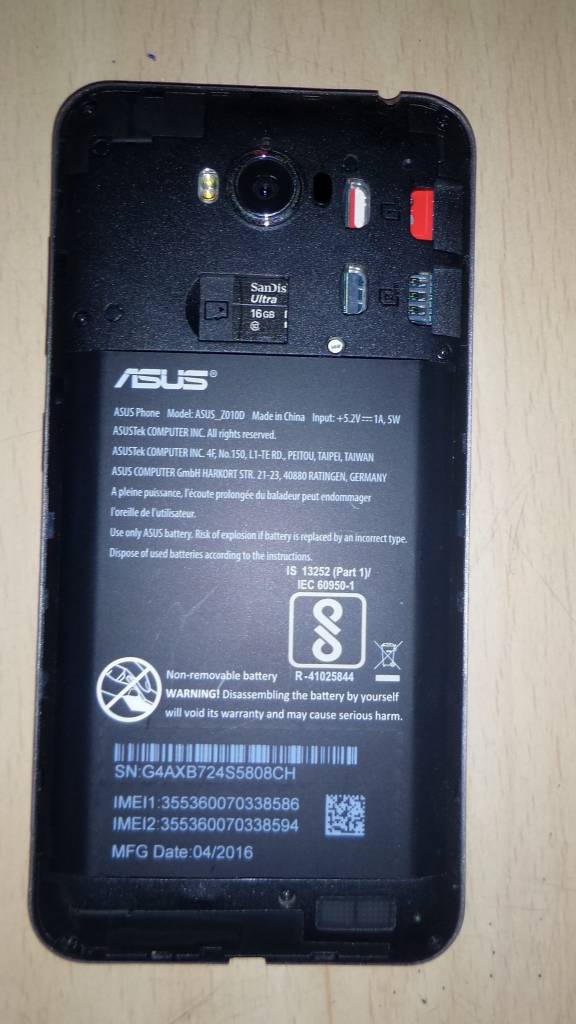 So, basically the battery is unparalleled to in the market at the moment and a lot has been said about it, so if you are the type of the person who runs out of phone battery too soon this phone is for you.

The New Asus ZenFone Max is a great phone and consists of at least so much of power that even a power user can also do day-to-day functions very easily. The 2GB of RAM and the Snapdragon 615 SoC keeps the device running very smoothly. The interface runs flawlessly, and apps and games load and run without any trouble. We tested game performance with the game Injustice and oh my god it was such a smooth gameplay there was heavy battery drain, but with a 5,000 mAh battery it did not matter.

The device was put through benchmark tests, and results are listed below.

We already knew with the battery so big what we were getting into but it still stunned us as the battery is very powerful as it gave us around 2 days worth of usage from 1 single charge that to with very heavy multi-tasking and game play. The Max also performed well in terms of call quality, signal strength but, the sound performance from the speaker was on the lower side and we think that it could have been better.

The Asus Zenfone Max comes with Android 6.0 out of the box with the ZenUI skin on it, The ZenUi has not changed much since the Zenfone 2, the software look is great but the bloatware isn't though you can uninstall it, it still feels like a chore that could have been avoided. Still missing is the fact that Asus is still using a Flashlight app rather than how android provides a widget in the top bar, we also see some apps like the Laser Ruler which let’s you measure the distance from your subject to be a good addition. 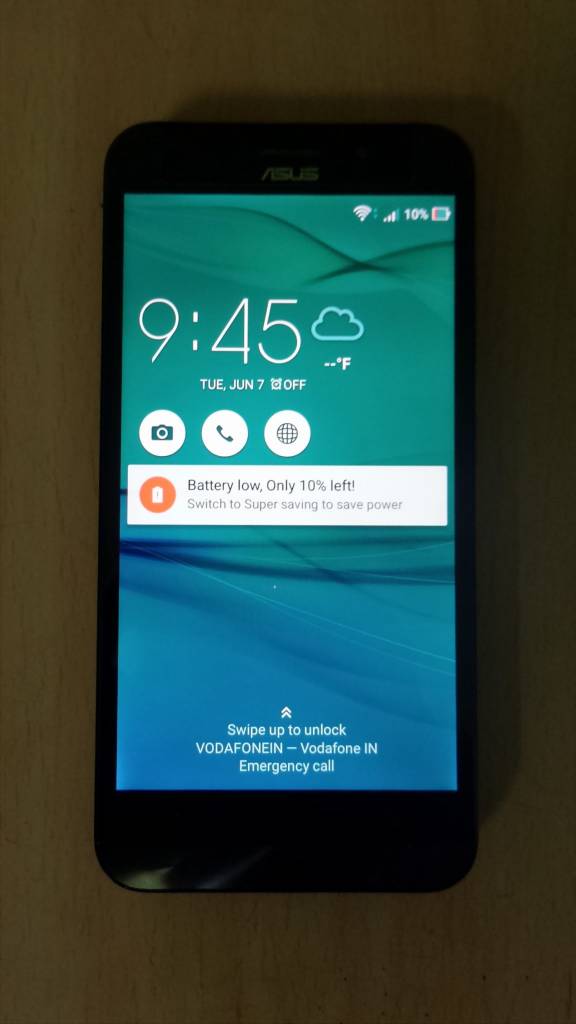 The Asus Zenfone Max comes with a 13MP Primary Camera and a 5MP secondary camera. The Primary Camera takes amazing photos, and after trying out the camera we found out that Asus has made the night mode shots much better as now we would get amazing shots in the dark also which was a little iffy in the previous Zenfones. 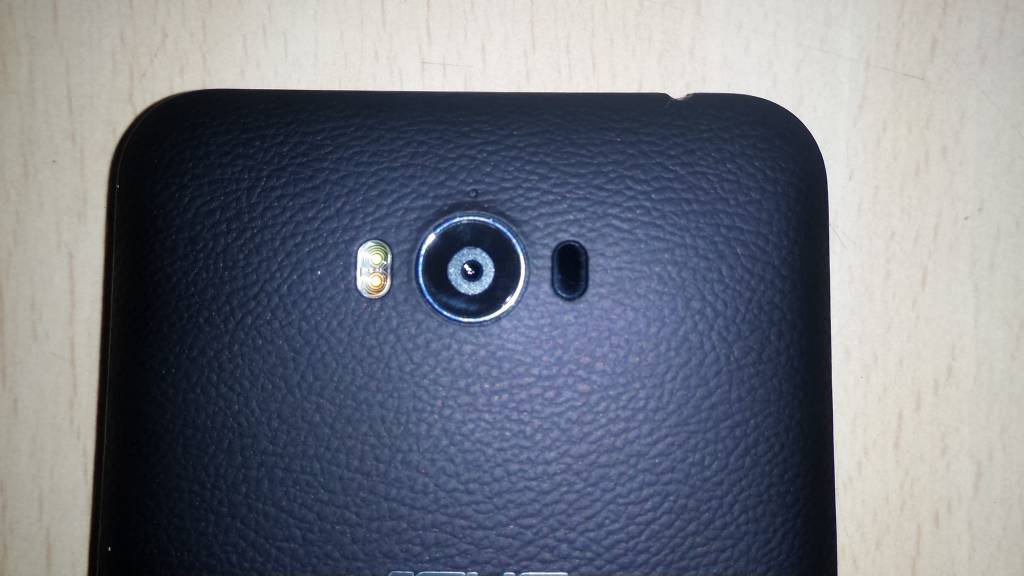 The camera comes with all the things that the Zenfones have ever had like laser auto focus, manual shooting modes,  super resolution, etc.. When paired with the The ZenFlash and the LolliFlash from Asus the camera gave us amazing shots, like the shots.

The Asus Zenfone Max launched previous year was a solution to a problem that everyone in the market was facing daily, that was people did not have enough battery to get through the day. Though being the saviour that it was it was still lacking the necessary specifications to keep up with the market. And with the new Zenfone Max we have got a solution to that problem also with the updated processor, RAM, ROM. Keeping everything in mind even that the phone is on the heavy side the battery is what will bring you in and it is what will keep you in. That all being said the phone is a must buy as it is a beast of a phone both on the software and hardware side and will let you do whatever you want with ease.