The Chinese smartphone manufacturer Xiaomi is now gearing up to launch the third iteration of the Mi A-series. The series brings stock Android with the help of Google's Android One program. The Mi A2 successor, Xiaomi Mi A3, has already been launched in China and the company is now finally bringing it to India.

Xiaomi has just confirmed that it will be launching the much anticipated Mi A3 smartphone in India on August 21. Notably, it is launching just one day after the Realme 5 series is scheduled to launch. Also, it was earlier speculated that Xiaomi will launch the Android One powered smartphone on August 23 but they might have shifted the date after the Realme 5 announcement.

As the smartphone has already launched outside India, here are all the specifications you need to know about.

Xiaomi Mi A3 sports a 6.08-inch AMOLED display with a waterdrop style notch. It is powered by a Qualcomm Snapdragon 665 chipset coupled with Adreno 610 GPU. The device packs in 4GB of RAM paired with either 64GB or 128GB of onboard storage. The dual-SIM handset runs on Google's Android Pie operating system. All of this is backed by a 4,030mAh battery with support for Qualcomm Quick Charge 3.0.

As for the optics, the Xiaomi Mi A3 comes with a triple camera setup at the back consisting of a 48-megapixel primary camera, an 8-megapixel ultra-wide and a 2-megapixel depth sensor. Upfront, there is a 32-megapixel selfie shooter with f/2.0 aperture.

While the specifications are already out, what most people are waiting for is the price. The starting price of the Mi A3 in India is expected to be somewhere around Rs. 12,999. Xiaomi Mi A3 is launching in India on August 21 and here's everything you need to know about the Android One device. 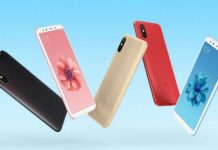 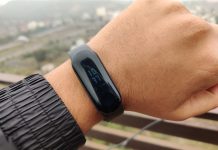