Xiaomi, the Chinese tech giant, is gearing up to introduce the MIUI 10 alongside the Xiaomi Mi 8. The company's senior vice-president Wang Xiang recently confirmed that they will also be unveiling the Mi Band 2 successor, Mi Band 3. The launch is set for May 31 and it will take place in Shanghai, China.

The Xiaomi Mi Band 3 might offer a better display, a more accurate step counter, sleep tracker and heart-rate monitor. In looks, the Mi Band 3 will look more or less similar to the Mi Band 2. The Mi Band 2 is currently available for Rs. 1,799 and Xiaomi also has a Mi band HRX Edition which retails for Rs. 1,299.

Also Read: Xiaomi Redmi Note 5 Pro gets a new OTA update: Here’s how to get it

Alongside the Mi band 3, the Chinese manufacturer is also gearing up to unveil the Mi 8 and MIUI 10 software.

As far as the specifications are concerned, the Xiaomi Mi 8 will be powered by the latest Qualcomm Snapdragon 845 SoC. The smartphone is rumoured to feature a 6.2-inch full-HD display with a 19:9 aspect ratio due to the notch. The device will be available with up to 6GB of RAM and 256GB of onboard storage. However, few reports claim that there might be an 8GB RAM variant as well. 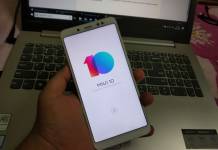 How to enable dark mode on MIUI on Poco F1, Redmi Note 7 Pro and others 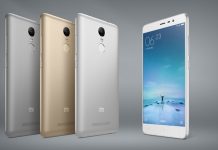 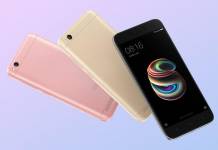