After the launch of Airtel 4G in Jammu and Kashmir, Airtel commented -

They have made 4G services available to 25 towns in Jammu and Kashmir. Airtel plans to expand to 100 towns in J&K, this service has been rolled out using the FD LTE technology in the 1800 MHz band.

We are pleased to launch our 4G services in the state of Jammu & Kashmir and look forward to delighting customers with best in class services on India’s best smart phone network. We invite customers to avail the exciting data offers and get on to the digital superhighway. We remain committed to the Government’s digital vision for the State and will continue to invest in expanding our services.

Airtel 4G services rates have now been cut down and are made available at 3G prices. Customers who want to avail the benefits of 4G now have the facility to get an upgraded 4G SIM card free. For more details visit Airtel.

Airtel as a part of project leap has been deploying technology solutions for better indoor coverage and network optimization. Overhauling legacy networks with new equipment and making investments in additional spectrum's and fiber-net to significantly improve its network capabilities.

List of Jammu and Kashmir where Airtel 4G is currently available 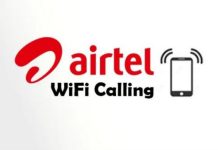 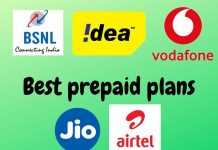