Apple, on Tuesday, has finally launched the most anticipated smartphone of the year, the iPhone X. The company also unveiled the iPhone 8, iPhone 8 Plus, new Apple TV and the Apple Watch series 3. The impressive details of the new iPhone X which was also being called as "iPhone 10" include the edge-to-edge display, Face ID, Wireless charging and much more.

The Apple iPhone X flaunts the all new edge-to-edge 5.8-inch all screen Super Retina HD display. The display is of a resolution of 2436x1125pixels resulting in a pixel density of 458ppi. The smartphone runs on the latest chipset by apple, the A11 Bionic chip with 64-bit architecture coupled with M11 motion coprocessor. The new iPhone also boasts about a new type of biometric security which Apple likes to call the Face ID. The Face ID  is enabled by the TrueDepth camera for facial recognition. This new technology works even in dark lighting conditions as touted by the company. The smartphone will be running on iOS 11 straight out-of-the-box. The smartphone also comes with an interesting new feature called Animoji which gives life to the emojis. Animojis uses the new true depth camera of the new iPhone and makes the emojis enact what a person does in front of the camera.

On the optics front, the iPhone X sports a 12-megapixel dual-camera setup at the back consisting of a wide-angle lens and a telephoto lens. The wide angle lens has an aperture of f/1.8 whereas the telephoto lens has a f/2.4 aperture. The cameras at the back come with dual optical image stabilization and a quad-LED true tone flash with slow sync. Up front, the phone includes a 7-megapixel front-facing camera with f/2.2 aperture.

The Apple iPhone X is available in two storage variants, the 64GB and the 256GB. The 64GB storage variant is priced at USD 999 (roughly 64,000) whereas the 128GB variant goes for slightly higher at USD 1,149 which roughly converts to Rs. 73,500. The pre-orders for the iPhone X will start from  October 27 while the shippings starting from November 3. 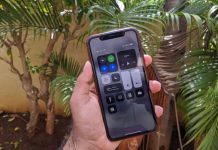 Here are the new prices of the older iPhones in India Apple to roll out iOS 13 next week: Here's how to prep up your device 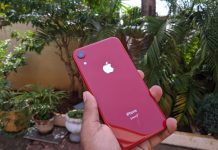 Which Apple iPhone should you buy in 2019?