Google has launched a very new tablet that boasts of having a large seven-inch display screen. This new device, although a product of Google is in fact created by the Asus which is known in the market to make very good tablets. Apart from being lightweight and slim at 11mm, the Google Nexus 7 provides a 7-inch IPS display with HD backlit resolution of 1200x800 giving sharp display.

Design and Features
Even though the Kindle Fire HD and the iPad Mini are expensive when compared to the Google Nexus 7, its specifications are at par with both of them making it a great device to purchase. The Nexus 7 tablet is also loaded with features such as accelerometer, magnetometer, gyroscope and the GPS chip that is used in Google Maps when using in offline mode. It doesn’t have a microSD card slot which might prove a disappointment. The Google Nexus 7 is a fully touch screen based tablet which doesn’t have any hardware buttons on the front. The tablet front is covered with a Corning glass which is better than the Gorilla Glass thus making it tougher. The right side of this tablet has a power/sleep button and a two-stage volume rocker while the bottom side has a micro USB port that can be used to charge the tablet or connecting it to a PC or USB device. The micro USB port is lined with a 3.5mm headphone jack and a speaker port. The Nexus 7 weighs nearly 340 grams and is 198.5 x 120 x 10.45mm that makes it even thinner than iPad.

Performance
The Nexus 7, being a product of the Google and the OEM partner Asus, has the best mobile hardware that is available in the market. The Nexus 7 is powered by the 1.3GHz Nvidia Tegra 3 quad-core processor that will help in running almost any app on this tablet. This processor enables the users to run most of the games as well as HD video content properly and comes with 1GB RAM and 16GB or 32GB storage memory. The 16GB version is priced at £159 while the 32GB is priced at £199. As of now, the Google Nexus 7 is available with 32GB storage on 3G/HSPA+ version that costs £239. Apart from this fast processor, the Nexus 7 runs on the Android 4.2 Jelly Bean which is very fast and smooth to operate.

Camera
The Nexus 7 tablet has a front facing camera of 1.2megapixels that offers video calling facility at 720p. The placing of the front camera on the Nexus 7 depicts that the photos are supposed to be clicked in the portrait view. Apart from that, the landscape view is also now available though the only glitch is that the Nexus 7 doesn’t have a secondary camera.

Battery
The Google Nexus 7 tablet is packed with a Li-Ion 4325mAh battery that provides atleast 10 hours of  talktime but the only problem is that it is not removable due to which the users won’t be able to replace the battery in case it wears out.

Connectivity
Even though the Nexus 7 tablet offers so many good features, the fact remains that it doesn’t provide the 3G option. Thus, users will have to make do with the WiFi option only. This does give an added advantage since users will be able to share data using their personal Wi-Fi hotspot that you will able to get from your network operator.

Verdict
The Google Nexus 7 is, by far, a very good tablet when compared in terms of pricing and its amazing lightweight design. Even though many tablets have almost the same specifications and features as the Nexus 7, it still is one of the best tablets available in the market today and can be taken as a perfect option for the iPad like features that would be affordable to purchase. 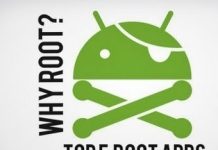 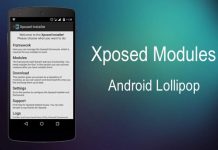 How To: Install Gravity Box and Xposed Framework for Lollipop 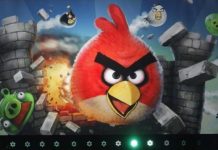 Top 3 Games on Smartphones for relaxing