Instagram has announced a new feature added to its already popular Music Stories feature. Now, the app allows users to post the lyrics of the songs that they have added to the stories. Obviously, the new feature is available only in countries where the Instagram Music option is available. These countries include the US, Germany and France.

While the feature is just to bring the lyrics on-screen, people might use it as a TikTok alternative to showcase their lip-syncing talents. The feature allows users to show the lyrics of the song that is being played. Users can even switch between different fonts to spice up the stories. Even the singer Billie Eilish demoed the feature in one of her stories.

“Add a music sticker and search for a song. If lyrics are available for the song you select, you can choose different fonts and designs for them, and you can edit which part of the song you want to play. When someone watches your story, they can tap the lyrics to learn more about the artist or listen to more of the song,” says the Instagram support page.

The Facebook-owned company first made the announcement via their official Twitter handle and later Eilish helped to broadcast the message through her story. In order to get the feature, the users should be in one of the above-mentioned countries and they should also update their Instagram application on their Android or iOS device. 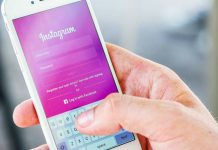