Since the iPhone X was released, Apple is concentrating on making their devices larger with no bezels and a notch. However, there are people who still prefer using a smaller form factor like the iPhone SE or the iPhone 8. Since iPhone SE is now available for under Rs. 20,000 bringing it to the mid-range category, let's find out if it is worth buying in 2019?

You can typically buy a new iPhone SE for a starting price of Rs. 16,999 or you can even save more money by going in for a pre-owned or refurbished device from websites like preloveddevices.com or ebay.in

The iPhone 5S looks more or less similar to the iPhone 5S as it is essentially the same phone with just internals borrowed from the iPhone 6S. Now, the internals is what make it much superior to the iPhone 5S and we will talk about it in our performance section below. Coming back to the design, the only way users can tell it apart from a 5S from the outside is the little SE logo beneath the iPhone branding at the back or if you have the Rose Gold variant.

Though the design feels quite outdated now with the chunky bezels and a smaller form factor, I personally still love it. It is much easier to use for people with small hands who just want to operate their phone using one hand.

While the Apple iPhone SE was launched with iOS 9.3.2, the phone currently runs on the latest iOS 12.3.1 operating system. With the iOS 12 update, the company focused on making the older devices faster. Using the iPhone SE with the latest firmware was a charm. I did not notice any sort of lag or hiccups. The phone was able to run most applications seamlessly.

However, according to the list of compatible devices rolled out for the upcoming iOS 13, the iOS 12 might be the last major update for the smartphone. This comes with a surprise as the iPhone 6S, iPhone 6S Plus with essentially the same internals still made it to the list. We will need to wait until Apple officially announces iOS 13 to see whether the iPhone SE receives any further love or not.

The 4-year-old iPhone SE still manages to perform quite well. The smartphone was able to run most of the applications like WhatsApp, Twitter and Facebook seamlessly. However, when it came to gaming, I did not enjoy the experience as heavy games like PUBG Mobile stuttered a bit. It is, however, safe to say that apart from gaming, the phone will handle most tasks thrown at it.

The iPhone SE looks pretty small when you compare it to some of the average sized smartphones of 2019. It sports a 4-inch IPS LCD display with a resolution of 640x1136 pixels. While the resolution might seem quite low, it is pretty usable due to the lower screen size. However, you might not enjoy movies or videos as much as you could on a similarly priced Android smartphone.

When it comes to the camera, the iPhone SE will not be able to justify the price you will pay for it in 2019. We did a side by side comparison with the similarly priced Redmi Note 7 Pro and the images clearly speak for themselves.

In the era of triple-camera setups, the iPhone SE's 12-megapixel rear camera is just not enough. 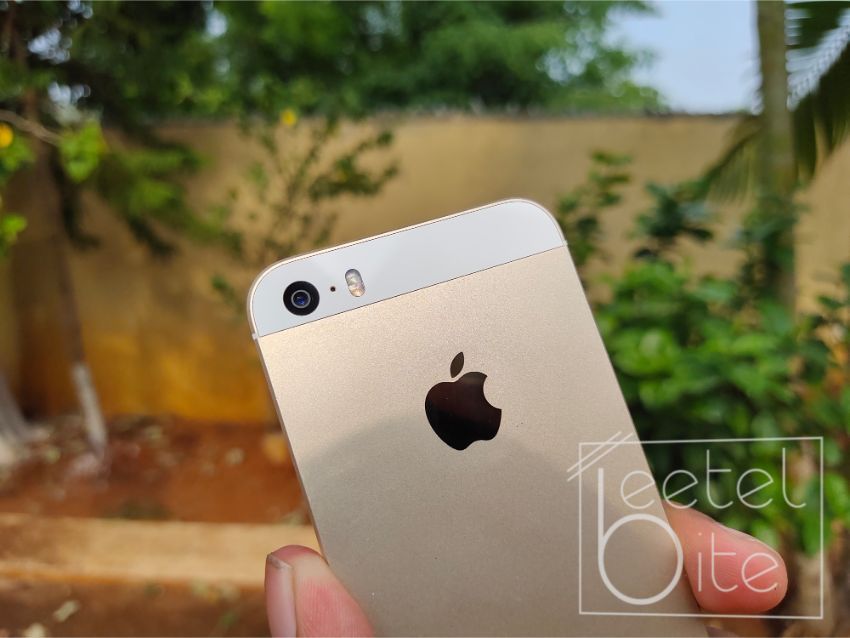 In a nutshell, iPhone SE is a good option for those looking for a compact smartphone or a secondary phone. It is also a good option for those who really want to test out iOS and do not have deep pockets. However, if you are not one of those people we would highly recommend considering some other options like Redmi Note 7 Pro or the Poco F1, both of which offer great value for your money.