While tech giants usually keep separate dates for their launches, today seems to be a great day as there are three interesting launches taking place. From Xiaomi to Samsung, there is either an interesting smartphone launch or a smart band. Here's a list of products launching today.

Huawei's sub-brand Honor launched its flagship smartphone series, the Honor 20 series in China earlier this year. The company is now finally bringing the three smartphones to India. These list of smartphones include Honor 20 Pro, Honor 20 and the Honor 20i. The flagship Honor 20 Pro will come with all the bells and whistles like a Kirin 980 processor, a quad-camera setup at the back, punch hole design and much more.

Samsung is finally launching the much awaited Samsung Galaxy M40 smartphone in India today. The mid-range smartphone will come with a punch hole design at the front, which Samsung likes to refer as an Infinity O Display. The device also features an AMOLED display up front and a triple camera setup at the back.

While the above two launches are happening in India, Xiaomi is lighting things up in China by launching the much anticipated Mi Band 4. The successor to the already popular Mi Band 3 will come with a coloured OLED display. The new smart band will also feature a bigger battery and improved connectivity with Bluetooth v5.0. 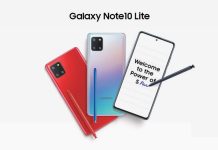