LG, the South Korean giant has finally launched the much anticipated LG V40 ThinQ smartphone. The V40 is the direct successor to the last year's LG V30. The key highlight of the smartphone is the triple camera setup at the back and a dual camera setup at the front making a total of 5 cameras on a smartphone. The device will be available at a starting price of USD 900 (roughly Rs. 66,500). Here are the alternatives to consider.

If you prefer stock Android over LG's custom UI, OnePlus 6 deserves a look. The OnePlus 6 sports a 6.28-inch FullHD+ Super AMOLED display. It is powered by the Qualcomm Snapdragon 845 chipset coupled with up to 8GB of RAM coupled with up to 256GB of onboard storage. OnePlus 6 is available in India at a starting price of Rs. 34,999 while the top of the line variant would cost you Rs. 43,999.

Just like the LG V40 ThinQ, the LG G7 ThinQ also comes with LG's AI technology which they like to call ThinQ. The G7+ ThinQ features a 6.1-inch notched display with a resolution of 1440x3120 pixels. The smartphone is powered by the Qualcomm Snapdragon 845 SoC coupled with 6GB of RAM. The device runs on Android 8.1 Oreo and it is priced at Rs. 39,990.

In case you want to stand out from the crowd and want all the greatness of a flagship, the Vivo Nex is your best bet. The features like an in-display fingerprint scanner and a pop-up selfie camera sets this phone apart from any other phone in the market right now. The Qualcomm Snapdragon 845 and 8GB of RAM are just icing on the cake. You can get all this at just Rs. 45,999.

If you are willing to spend little less than the LG V40 ThinQ and do not want to lose the power, then the Asus ZenFone 5Z is one of the best smartphones to look for. The smartphone is another affordable flagship and comes with the latest Snapdragon 845 chipset. The device features a 6.2-inch IPS LCD display with a notch up top. The dual-SIM handset comes with up to 8GB of RAM and 256GB of onboard storage. It is available at a starting price of Rs. 29,999.

One of the biggest competitors to the LG V40 ThinQ is the Samsung Galaxy Note 9. The Galaxy Note 9 comes with flagship grade hardware and premium features. It is available in India at a starting price of Rs. 67,900. 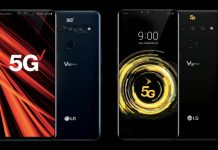 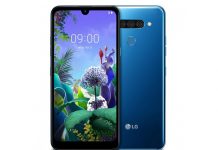