This is the third time that the nationwide lockdown due to the coronavirus pandemic has been extended. However, this time along, the government has provided some relaxations to help ease issues that the people are having across the country. One of these relaxations includes the ability for e-commerce platforms like Flipkart and Amazon to start delivering non-essential goods in Orange and Green zones.

Due to this relaxation, smartphone manufacturers have now started to once again launch new smartphones in the country. Some of these companies have already launched their new smartphones, including the OnePlus 8 series and the Xiaomi Mi 10. Many are yet to launch their offerings.

Today we will be taking a look at all of the major smartphone launches that we know are happening this month.

Poco will finally be launching its Poco F2 Pro smartphone on May 12. Unlike the Poco X2, this will be a global lunch. This will be the successor to the Poco F1 and will come with flagship-grade specifications like a Snapdragon 865 processor.

Hey POCO Fans, hit ❤️ ⁰now if you want to experience the simplicity of life powered by innovations that truly matter.

The launch event will take place on May 12 at 8 PM GMT, which converts to May 13 at 1:30 AM IST. The launch will be livestreamed officially on the company's official YouTube channel and website.

Realme will be launching two new smartphones: the Narzo 10 and Narzo 10A, today. The launch was initially planned back in March. However, due to the nationwide lockdown got delayed. The company will be livestreaming the pre-recorded launch video today at 12:30 PM IST.

According to various leaks and reports, Realme Narzo 10 will be a rebranded Realme 6i that has already been launched in Myanmar. It is priced at Kyat 2,49,900 (approximately Rs 13,600).

Realme Narzo 10A, according to leaks and reports is a rebranded version of the Realme C3 (Thailand variant). It is priced at Baht 3,999 (approximately Rs 9,400) for the base variant. It is quite different than the Realme C3 that has already been launched in India.

Vivo V19, just like the Narzo 10 series was supposed to launch back in March, but got delayed due to the lockdown. The company is now finally launching its Vivo V19 smartphone on May 12 in India.

Vivo V19 is a successor to the Vivo V17, which was launched last year. It sports a dual punch-hole front camera setup along with an all-screen display. This device has been lying with a lot of reviewers under embargoes, so expect a lot of reviews to populate the web on the launch date.

According to our sources, the reviewers were not sent a Pro model for the device, hinting that the company might be dropping the 'Pro' moniker this time along, considering the underwhelming performance of Vivo V17 Pro.

Honor is planning to launch its 9X Pro smartphone on May 12. Key features include a motorised pop-up selfie camera, all-screen display, 48-megapixel primary back camera, Kirin 810 processor and a 4,000mAh battery. Details are scarce for this phone at the moment.

Xcited to announce that our first #HONOR smartphone that is pre-installed with the new #AppGallery with 7nm Kirin 810 chipset - #HONOR9XPro – is coming to you on May 12th. #UpForXtraordinary Stay tuned for more updates. pic.twitter.com/dicV5Qx4Ke 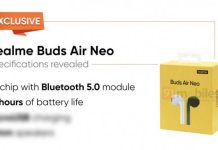