Google's WearOS has faced many problems since Andriod wear days. The smartwatches were powered by the Qualcomm Snapdragon Wear 2100 processor. Soon, Qualcomm released its next chipset called Snapdragon Wear 3100 with more support for performance and battery, which was also not enough to maintain its standards in the market.

According to a report by WinFuture, Qualcomm is preparing its new wear chipset called the Snapdragon wear 429 or the Snapdragon wear 2700, which are expected to be faster and better than the previous chipsets. However, the chipsets are still in the Engineering Validation Test (EVT) stage with a team actively working on it.

The Snapdragon 429 is a popular chipset among budget smartphones, with devices like the Nokia 3.2 powered by it. Both the chipsets are being tested with 1GB of LPDDR3 RAM and 8GB of eMMC 5.1 storage. These chipsets are also built on a 12nm process, as opposed to the currently used 28nm process. It will also be the first WearOS chipset to have 64-bit support, packing four ARM Cortex-A53 cores that will be clocked at up to 2.0GHz.

Additionally, the Snapdragon 429 wear and the Snapdragon wear 2700 are expected to support LTE and Bluetooth 5.0 with the latest updates. Also, it is said that these chipsets will get "Track 3" feature, which is a chip like in the wear OS 3100 with the technology of measuring the steps, heart rate and other movements.

Also Read: Asus ROG Phone 2 to launch on July 23: Here’s what to expect 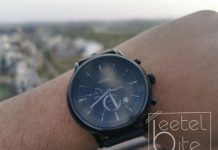