To capture that market it has long been rumoured that the company will be launching a cheaper version, called the Realme Buds Air Neo. Now in a new leak by 91Mobiles, the upcoming earbuds will come with a 17-hour battery life and will be powered by the same custom R1 chip that is inside of the Buds Air.

According to the leak, one of the major cost cuts will be the use of a microUSB port instead of a Type-C port on the charging case. The Realme Buds Air Neo will not support wireless charging, a feature of the Buds Air that is prominently marketed everywhere.

Apart from those compromises, users will not be able to differentiate between the Buds Air and the Buds Air Neo as a lot of the specifications remain the same, including the style and size of the products.

Realme Buds Air Neo will sport 13mm audio drivers with support for the company's own Gaming Mode for low-latency audio streaming. They will come with Bluetooth 5.0 connectivity.

The leak did not detail on when the company is planning to launch the product in the Indian market. However, there is a lot of speculation that the company might launch them at its May 25 online event.

At the May 25 event, the company has confirmed that it will be launching its first-ever smart TV along with its own smartwatch, both of which will be called Realme TV and Realme Watch, respectively 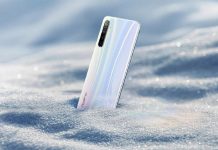