Xiaomi is planning something big for the upcoming MWC 2018 event. The smartphone giant is about to launch the Xiaomi Mi Mix 2S, according to the reports. As the launch date is coming closer, we are getting more clues on what the device will look like. The Mi Mix range of devices by Xiaomi is known for experimenting new features with the bezel-less display.

Recently the official promotional banner of the Xiaomi Mi Mix 2S was leaked on Weibo. According to the banner, the Mi Mix 2S will feature something called as the 'Full-Screen Design 3.0'. In this new design, the smartphone will have a bezel-less design up front. The notch which was being rumoured earlier is now not there. There is even no chin at all up front. However, if you are wondering where is the front camera, it is awkwardly placed at the top right corner at the front.

The design might look a bit different, but now at least you won't need to flip the phone upside down in order to take selfies. Speaking of the design, the phone will feature a dual camera setup at the back. The rear camera setup will be placed vertically like the iPhone X and will have a LED flash in between the two sensors. Also, we noticed that there is no fingerprint sensor at the back. This might mean that the device will use the Face Unlock feature for security. The device might also have gesture-based controls like the iPhone X.

The banner further shows, the Mi Mix 2S will feature a 5.99-inch display. The smartphone will be powered by the Qualcomm Snapdragon 845 SoC. The device will pack in 8GB of RAM coupled with a massive 256GB of onboard storage. 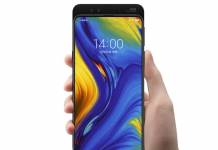 Here's a list of new features coming to WhatsApp soon 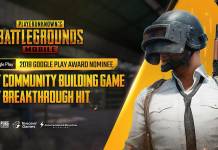 PUBG Mobile brings FPP, Arcade Mode and much more with this major update