Xiaomi has been working on delivering a new smartphone, the Xiaomi Redmi Note 5. The Redmi Note 5 comes under the company's Redmi Note series which is popular in its price range. Xiaomi took the initial step to introduce 18:9 aspect ration in the Android eco-system and since then they have launched two smartphones with 18:9 aspect ratio. However, now it is being rumoured that the successor of Rsdmi Note 4, the Redmi Note 5 will come with a nearly bezel-less display and will have an aspect ratio of 18:9.

The highly anticipated Xiaomi Redmi Note 5 was spotted on the TENAA certification website. The website only shows the images of the smartphone and there is no name given whatsoever. However, a report from XDA Developers confirms that the device spotted on TENAA is the Redmi Note 5.

The images of the smartphone revealed that this time there are no capacitive buttons up front as they have been sacrificed to get the nearly bezel-less design. The device looks very similar to its predecessor from the back. The images also reveal that there will be single rear camera instead of a dual-camera setup.

Recently, a report on Weibo suggested that the upcoming Redmi Note 5 will feature a 5.7-inch HD+ display with 18:9 aspect ratio. The smartphone will be powered by the Qualcomm Snapdragon 450 SoC coupled with 3GB of RAM and 32GB of onboard storage. It is also being reported that the Redmi Note 5 could be priced somewhere around CNY 899 which roughly converts to Rs. 8,835. How to install MIUI 10 Beta on your Xiaomi smartphones 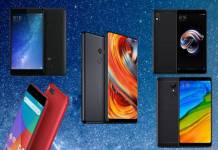 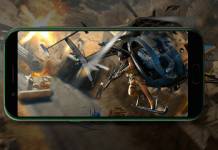