We reviewed the Zenfone 3 a little while ago and now we have the Zenfone 3 Laser, One of the Asus's third-generation smartphones was made for all those mobile photography fanatics. Packing an amazing laser sensor on its back and a pretty good camera on both front and back this phone makes a perfect choice for people who are fond of clicking too many photos.

With the all metal body and a 2.5D corning gorilla glass on the front for protection the device sure does looks and feels premium in hand. The device measures 149x76x7.9 mm and weighs 150 grams. The device has a 5.5-inch display yet feels so comfortable in hand. Compared to the Zenfone 3 this device is lighter and more comfortable in hand maybe just because of a curved sides and metal back instead of glass.

The front has a standard speaker grill at the top with a front snapper at its right and sensors at its left. There is very less bezels on the device which makes the device smaller despite of a 55-inch display(77% body:screen ratio). Below the screen there are the standard back, home and recents button. Buttons are not back-lit.

The back has two bars running horizontally at the top and bottom. The rest on the design is similar to the Zenfone 3. A camera in the middle, dual-tone flash and a auto-focus emitter on the right and a laser sensor on the left. The fingerprint sensor lies below the camera and the "ASUS" branding at the bottom of the device.

On the right there are volume rockers followed by a power button. All the buttons are textured. On the left is a sim card tray. the device has a non removable back. The device features a hybrid dual-sim card tray i.e. a sim card and a micro-sd card or two sim cards slot.On the top there is headphone jack and a noise cancelling microphone. On the bottom there is a micro-usb slot in the middle accompanied by the speakers and primary microphone.

We got a gold color but the device is also available in the silver color option also.

The device runs on the Android 6.0.1(Marshmellow) with the Asus's Zen-UI  skin on the top. The software is pretty good with a bundle of Asus's apps makes the UI much more better. The device has cold screen access with double tap to wake and app launch shortcuts along with the features like flip to silence and an app lock built right in the core. There is not much-needed to say about the Zen-UI. Its feature loaded and overall experience is truly amazing.

Performance is the biggest area of concern in any device. The device has a snapdragon 430 coupled with 4GB RAM, 32GB storage and Adreno 505 GPU.The device runs flawless and performs daily tasks smoothly. Being a camera model the device was made for the camera but the device performs amazingly well. We ran a few benchmark tests and the results were above expectations.

The AnTuTu Benchmark gave us a score of 44,130. The device also performed very well on the games like Fifa Mobile.

The overall gaming experience was good and the games ran without a lag. 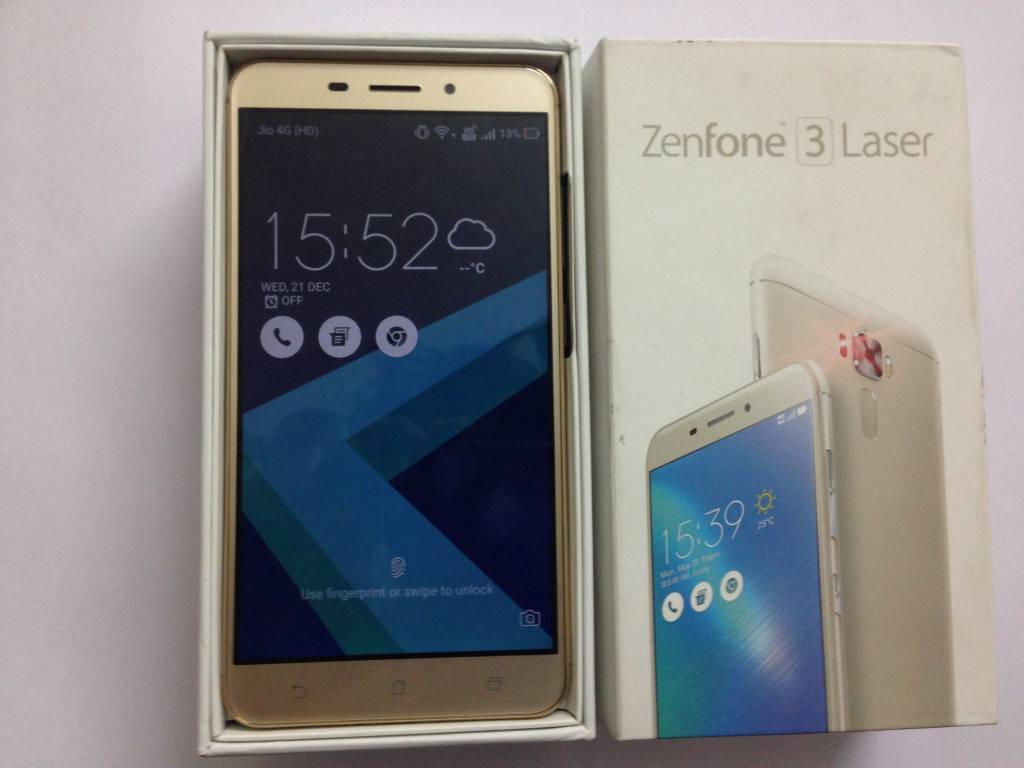 The device packs an amazing 5.5-inch(1080x1920) full HD display with sunlight readability and glove mode i.e. can be used with gloves. The colors were vivid and vibrant. The device has a 180-degree viewing angle. All in all the display was good. 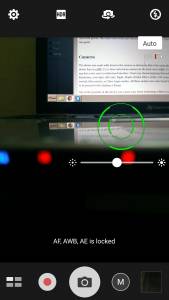 The device is made with focus to the camera so obviously this is the main place of concern on this phone. The device has an 13MP, f/2.0, laser auto-focus camera on the back and a 8MP, f/2.0 camera on the front. The camera app has a nice easy to understand interface. Users can choose between Manual, HDR Pro, Beautification,  Low-light, QR Code, Depth of field, Miniature, Time rewind, Slow motion and various other  modes. All these modes were also found in the Zenphone 3 also and are believed to be present in the whole Zenfone 3 Range.

One of the specialty of this device is a laser auto-focus technology which is said to lock and achieve focus on objects in 0.03 seconds. While the testing this technology proved to be very fast and gave amazing close up shots.

The device can take photos with an amazing level of detail and colors, however while zooming there was some noise around the corners. The device takes amazing photos in the low light but a little noise but turning on the flash eliminates that too.

The front camera is also pretty good but can't match the back camera due to its absence of a laser  auto-focus sensor in the front.

The connectivity is standard with Bluetooth 4.2 and Wi-Fi 802.11 b/g/n. We didn't seem to face any connectivity issues with device. The 32 GB storage is good enough with pretty good read and write speeds.

The 3000 mAh battery lasted more than a day with calling, internet, and casual gaming. It doesn't support fast charging hence took more than 3 hours to charge it up. The speakers were loud enough and the in-ear earphones provided were decent for distortion free music. The outdoor mode in Zenfone 3 Laser enhanced the sound but the sound quality was deteriorated at the same time.

The Asus Zenfone 3 Laser was launched at a initial price for ₹20,000 but now its price has been dropped to ₹16,999. The competition is tough at this price range and alternate options at this price like the Samsung Galaxy J7 Prime and Lenovo Z2 plus offer a better overall value for money. The camera sure does stand out and with the all metal body and decent performance. It should have been priced at a range of ₹15,000 to ₹16,000.

The Asus Zenfone 3 Laser is for someone with the mobile camera as a priority and if you are that person you should definitely buy this device.