As the coronavirus pandemic continues to spread like wildfire. Many governments are taking precautions like India's 21-day lockdown to curb it. And due to this lockdown people are having to work from home and attend meetings via video chatting apps like Zoom Cloud Meetings, Skype and more. Apart from making official calls, these apps are also letting users stay connected to each other, even if they cannot meet as they are practising social distancing.

According to a report by VentureBeat, citing data from Apptopia, video-calling apps like Zoom Cloud Meetings, Houseparty and Marco Polo are being widely downloaded and used on both iOS and Android operating systems. This trend started back in February and has grown many-fold in March.

According to App Annie, Zoom Cloud Meetings was the top app downloaded in the first two weeks of March, which the major chunk of downloads coming from the US and UK.

Other video calling apps have also seen a major increase in the number of downloads and daily users. App Annie has stated that Snapchat has also increased its app engagement time between March 1 to March 14.

In related news, Microsoft has also announced that its Microsoft Teams chat and conferencing app between March 11 and March 18 gained over 12 million daily users, which according to the company was a 37.5 percent jump from its usual userbase. 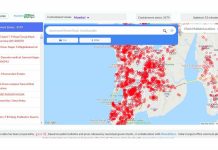 COVID-19 Hotspot Tracker: How to track Containment Zones in India