Hike, India's first home-grown messaging app has now rolled out a new set of stickers in order to gain people's attraction towards the movie VIP 2. VIP 2 is a Tamil movie, where the lead role is by renowned actor Dhanush and the Bollywood actress Kajol. Hike messenger users can now use the stickers to denote messages or movie dialogues. Users can share stickers showing the romance between Dhanush and Amala or spice up chats with classic dialogues from the movie. There are 36 stickers in three different languages -  Tamil, Telegu and English

Also Read: Hike tries to become the next Tinder with their new microapp

The movie is a sequel to the 2014 Tamil movie named Velaiilla Pattadhari which was directed by Soundarya Rajnikanth. VIP 2 stars Dhanush, Amala Paul, Vivek, Saranya Ponvannan, Samuthirakani and Kajol who is making a comeback in a Tamil film after 20 years.Dhanush as Raghuvaran in VIP2 chooses to be an entrepreneur and follow his passion. This is reflective of the youth in India who are increasingly pursuing their ambitions.

Commenting on the partnership, the Hike spokesperson said “We are excited to be associated with VIP2, a film which is expected to be amongst this year’s biggest and most awaited. We are creating a fun social experience for VIP2 where people can share stickers, try filters and personify their favourite characters”.

The social app now has around 15,000 stickers in over 40 Indian languages. Over 300 million stickers are exchanged every day on the platform. 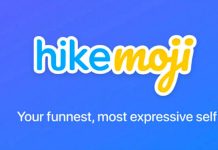 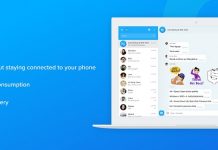 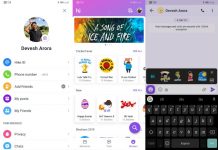 Here's what the new Hike Sticker Chat has to offer: Simple Messaging, Stickers, AI and more