Honor View 20 is powered by the company's own HiSilicon Kirin 980 processor based on the 7mm process coupled with a Mali-G76 MP10. The device comes with 6GB/8GB RAM and 128GB/256GB of internal storage.

The device sports a 6.4-inch (2310x1080 pixels) IPS LCD display. For optics, it features a dual camera set up on the back, consisting of a 48-megapixel, f/1.8 aperture main sensor along with a secondary 3D Time of Flight (ToF) depth sensor. For selfies, it sports a 25-megapixel f/2.0 aperture sensor. All of this is backed by a 4,000mAh battery.

The device sports a metal frame along with a glass back panel. It runs Google’s Android 9.0 Pie operating system with Honor's own Magic UI 2 on top. The phone sports dual SIM card slots, a 3.5mm headphone jack, USB Type-C port, IR blaster and a fingerprint sensor.

Designwise, the Honor View 20 is very unique. The fancy paint job on the back gives it a rainbow reflection which looks marvellous. Also, the display cutout is quite unique.

The device sports a 6.4-inch LCD display with an aspect ratio of 19:9. This is achieved by including a display cutout for the selfie camera, which makes the smartphone stand out from the rest. On first look, the cutout feels a much better implementation than the notch, but while watching movies or performing other full-screen tasks, it is not better than a notch. I personally found it more annoying, but then again its looks are subjective. The speaker grille is placed on the top of the display and the sensor array is under the screen.

Coming to the back, Honor View 20 sports a dual camera setup paired with an LED flash aligned horizontally on the top left corner. The dual camera unit is divided into two parts, one with the 48-megapixel sensor and another with the ToF sensor and the LED flash. The ToF sensor array has a negligent bump, but the 48-megapixel sensor has a huge bump which means when using the phone without a case, would end up scratching up the whole back in minutes. There is a fingerprint sensor in the middle along with Honor branding on the bottom. The reflective paint on the back looks amazing.

The right edge consists of the volume rocker and a textured power button. The left edge holds the SIM card tray. The top edge houses a secondary microphone, along with a headphone jack and an IR blaster. Lastly, the bottom edge sports a USB Type-C port along with the loudspeakers and microphone.

Overall, the design of Honor View 20 stands out a lot. It's completely unique and flashy and its reflections under the light are truly marvellous.

Honor View 20 runs Google’s Android 9.0 Pie operating system with Honor's Magic UI 2 on the top. It is very much similar to the Huawei's EMUI 9 with minor changes.

Software performance of the View 20 is great with the interface being snappy, which is partly due to RAM optimizations by the software. Magic UI has a small learning curve but that's not a big deal. The biggest issue is the amount of bloatware that the company installs in their phones. It can be uninstalled if not needed but is still annoying to have.

Performance is a major area of concern on any device, the same goes for the Honor View 20. It is powered by a HiSilicon Kirin 980 processor coupled with a Mali G-72 MP10  GPU and 6GB/8GB of RAM. Our review unit came with 6GB RAM and 128GB of internal storage.

We ran our usual AnTuTu and the GeekBench benchmark tools to evaluate the performance of the phone. AnTuTu 7 yielded a score of 278304, which according to us is quite solid for its price.

On GeekBench it managed to get a single core score of 3285 and a multi-core score of 9679. The performance numbers of the device on paper are great for the value.

Honor View 20 sports a 6.4-inch LCD display with a resolution of 2310x1080 pixels. The display is quite good for the price and has great viewing angles. The brightness levels are able to get adequately low and super high depending on the situation. Legibility under direct sunlight is great for an LCD but could be improved at this price point. Honestly, an LCD is a let down considering the price of the smartphone.

Honor View 20 features a dual camera setup on the back. There is a primary 48-megapixel, f/1.8 aperture sensor along with a 3D ToF secondary depth sensor. For selfies, it sports a 25-megapixel f/2.0 aperture sensor. The camera setup seems great on the paper for those portrait shots with the 3D ToF sensor, but not everything depends on the sensors as we have seen in the past.

Images taken with the rear camera come out quite good. The colours are boosted, contrast and saturation are good. Due to the colour boost on the images, they look vibrant and will look better after compression on social media platforms. Details in the images are great thanks to the 48-megapixel primary sensor and the ToF sensor. Lowlight shots also come out to be great. Night mode boosts the details a bit but it takes a lot of time to process and without OIS keeping the phone and the subject steady for 5 seconds is a big annoyance.

The front camera is a different story altogether. The brightness of the image depends on the brightness of the screen. There is backlight leaking into the camera issue. That might be an issue in our unit, but it was noticeable while taking photos. The white balance is a bit disturbed due to the beauty mode, which on level zero still applies some filters. Other than that the camera quality is good.

Overall, the camera on the Honor View 20 doesn't provide natural images, but it offers great photos with good details, which will be more desirable on social media and other places due to compression. If you are a naturalist, you might dislike the colours on the View 20, else you will love the photos its camera produces.

Honor View 20 is backed by a 4,000mAh Li-Po battery, which easily lasts around a day on a single charge. Charging time with the included charger is less than 100 minutes, which is great.

We ran our PCMark’s Work 2.0 Battery Life test, which subjects the phone to heavy usage and finds out how the battery performs in those conditions. The device yielded a result of 17 hours and 8 minutes, which is more than great compared to other smartphones in this price range.

Honor View 20 starts at Rs 37,999 for the 6GB RAM 128GB storage variant and costs Rs 45,999 for the 8GB RAM and 256GB storage variant. For that price point, the screen to body ratio and the camera and the looks are unbeatable. But considering the price is exactly the same as the OnePlus 6T which offers a smooth software compared to the Magic UI 2 and fast updates it is really a tough call.

Things like the GPU Turbo 2.0 put the View 20 ahead, but things like the Oxygen OS give an edge to the OnePlus 6T. It all boils down to your needs. If gaming and looks and something unique is your priority then View 20 is your choice, else go for the 6T. 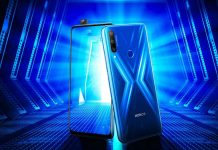 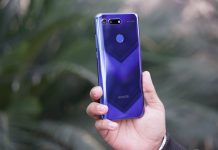