Huawei provides a custom user interface on top of Android called EMUI. Currently, EMUI 9 is the latest interface based on Google's Android 9 Pie update. The company has been working on the EMUI 9.1 update lately and it has already arrived on a few devices. Huawei has now rolled out the list of next batch of devices, which will be receiving the update.

Apart from that, Honor 7X, 8x, View 10, 10 Lite, 20 Lite, Honor Play, Honor 10, 8 Pro and the 9 Lite will be receiving the EMUI 9.1 update next month. Soon after these devices are updated, the company will start rolling out the update for the next batch of devices.

EMUI 9.1 might sound like a pretty minor update but it's not. It does bring dozens of changes under the hood including the new EROFS file system, GPU Turbo 3.0 as well as camera improvements. It also brings the Moon mode feature found in the P30 line. Apart from that, the company has also added a new refined icon design and gesture controls. 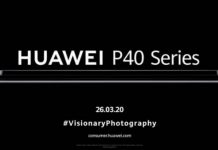