OnePlus recently started rolling out the first Open Beta version of the OxygenOS for their latest flagship smartphone, Oneplus 6. The Open Beta 1 update brought Android 9 Pie to the table and after a few days the company rolled out Open Beta 2. Now, the Open Beta 3 is out for the phone and brings some much-needed changes and improvements. Here's everything that has changed over the updates.

Apart from the Google Assistant shortcut, the OxygenOS Open Beta 3 brings improvement for face unlock and fingerprint scanner. The stability of the ambient display has also been improved. The update also brings support for more applications like Telegram, Discord, IMO, Uber and OLA in parallel apps.

OnePlus Switch v2.1.0 has also been introduced with the latest update. The update brings manual connection method if you are unable to connect switch with QR code on the old device. The app now also supports backup and recovery for application data including the home screen, lock screen and app layout

As this is a beta version of OxygenOS, some features on your OnePlus 6 might not work as well as they used to on the stable version. Also, Google Pay is reportedly not working on these Open Beta versions. 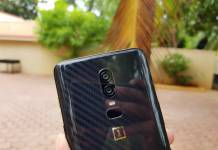 Here's how to get Zen Mode and Screen Recorder on OnePlus 6, OnePlus 6T 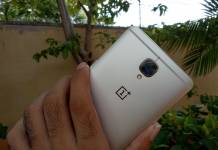 OnePlus 3, OnePlus 3T finally get Android 9 Pie: Here's how to install it right away