OnePlus and Oppo are both owned by the same parent company, BBK Electronics. What's more interesting is, both the co-founders of OnePlus were part of Oppo's marketing team before founding OnePlus towards the end of December 2013. The result was the OnePlus One, which dominated the market by selling close to a million units. These sales numbers were unexpected, as the company set their target to only 50,000 units.

Furthermore, OnePlus solidified its position in the smartphone market with good smartphones being launched every year and has managed to become one of the biggest smartphone manufacturers in the market as of now. However, people always wonder how Oppo's marketing team members were able to create such a great smartphone company, while Oppo still lags behind. Here's a list of reasons we might think are the major causes.

All of this further increases the prices of Oppo smartphones to cover up the money list in branding. While on the other hand, OnePlus spends very little on branding and advertisement, instead it invests the larger part of its money pie towards research and development.

This has made OnePlus phones perform much better compared to smartphones at the same price.

Oppo's smartphones work run on a heavily skinned version of Android. Their skin (Color OS) has a huge learning curve compared to stock Android. Also, Color OS has sluggish performance and a lot of bugs. Due to the poorly designed skin, RAM consumption is high, which takes a toll on the performance of the device.

Also, the software annoyances woo users away, who are not accostomed to heavily modified skins.

This makes OnePlus smartphones much more desirable to their buyers. This also provides the company with great exposure, as happy customers recommend these devices to their friends and the cycle goes on, ing sales and profits for the company.

The sandstone back of the OnePlus One and OnePlus Two gave the smartphones a unique look and feel in hand. The clean OxygenOS and Cyanogen in the OnePlus One made the device a lot familiar and tunable to users needs. Good camera and performance made OnePlus devices an overall great package to have compared to the competition, especially if you added price to the mix. 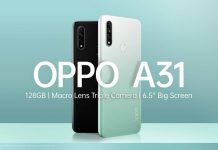 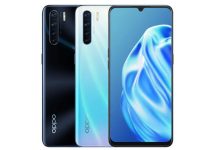