While Samsung just launched the Galaxy Note 10 and Apple is gearing up to launch the next iPhone, most people still find for smartphones under a price bracket of Rs. 20,000. Xiaomi, Realme and Nokia are companies that are working hard to bring great hardware for affordable prices. Here are some of the best smartphones available under Rs. 20,000 in August 2019.

Realme 5 Pro comes fullHD+ IPS LCD display with a waterdrop style notch. It is powered by the Qualcomm Snapdragon 712 processor coupled with up to 8GB of RAM. It also packs in a quad-camera setup at the back consisting of a 48-megapixel primary an 8-megapixel ultrawide and two 2-megapixel sensors. The smartphone is available in India for a starting price of Rs. 13,999.

Samsung Galaxy M40 runs on Samsung's OneUI based on Andriod 9 Pie. It sports a 6.3-inch bezel-less display with a punch-hole design. It comes with a Qualcomm Snapdragon 675 octa-core processor. It sports a triple camera setup at the back and a 16MP front camera. It is available at a starting price of just Rs. 19,990.

Xiaomi recently launched their all-new Android One based smartphone, the Xiaomi Mi A3. The smartphone runs on stock Android 9 Pie operating system. It is powered by the Qualcomm Snapdragon 665 processor paired with up to 6GB of RAM. All of this comes in at a starting price of Rs. 12,999.

Just like the Xiaomi Mi A3, the Nokia 8.1 is also based on Google's Android One program, which means it runs on a stock version of Android. Nokia 8.1 is powered by the Qualcomm Snapdragon 710 chipset. It packs in up to 6GB of RAM and 128GB of onboard storage. All of this comes in at around Rs. 18,789.

While Oppo smartphones have always been mostly about the camera, the all-new Oppo K3 manages to bring good performance as well. It is powered by the Qualcomm Snapdragon 710 processor coupled with up to 8GB of RAM. The mid-range smartphone comes with a bezel-less display, a pop-up selfie camera and more. Oppo K3 is available in India for a starting price of Rs. 16,990. 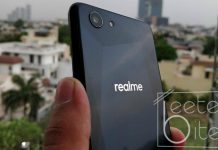 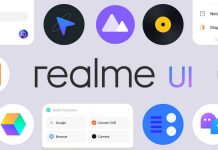 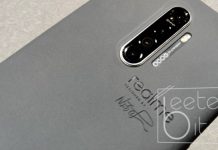