Detel is a new entrant into the Indian market of consumer electronics. The company till now has launched a range of televisions, mobile phones and power banks. We got the Detel 32-inch smart TV for review purposes delivered to our office. The television is powered by Google's Android operating system and is available at Rs. 17,999. The television utilises LED technology and comes with an HD ready panel from Samsung. The television sports 8GB of internal storage along with 1GB of RAM. It comes packed with features like Dolby Digital and Miracast support amongst various others. 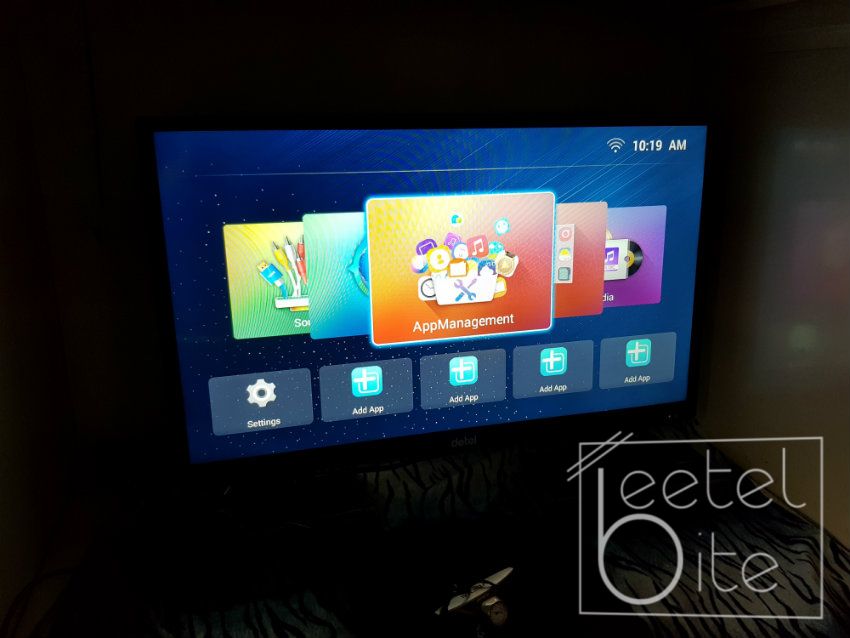 One important point to keep in mind is that the television is made in India by an Indian brand. The brand is currently new so it will definitely have some problems, which we will be addressing in this review. However, not all was bad and we did like more than a few things in this television. This might have been the cheapest LED smart TV in the market when launched. However, now it's not, comparing it to the Mi TV 4A 32-inch which is way cheaper. One thing to note here is that this might not be the cheapest 32-inch smart TV but it is a good contender. The Mi TV 4A doesn't let users download apps from the Play Store, or even let its users watch Amazon Prime or Netflix, whereas this does. Also, the Detel smart TV comes with a Samsung A* grade panel which is definitely much better than most of the competition.

The box of the television includes: The Television set, a remote control, a user manual, a pair of leg stands, a few screws and an HDMI cable. We mentioned what was included in the box just to warn you that the screws inside the box are not adequate for the leg stands and we had to use our own screws to fix that, so if you are planning to purchase the television just be ready to get a few screws that actually fit the television.We also found that when the television is set on the stand it tends to lean forward, which kind of makes viewing difficult, so also get something to put under the stand to balance to TV upright. 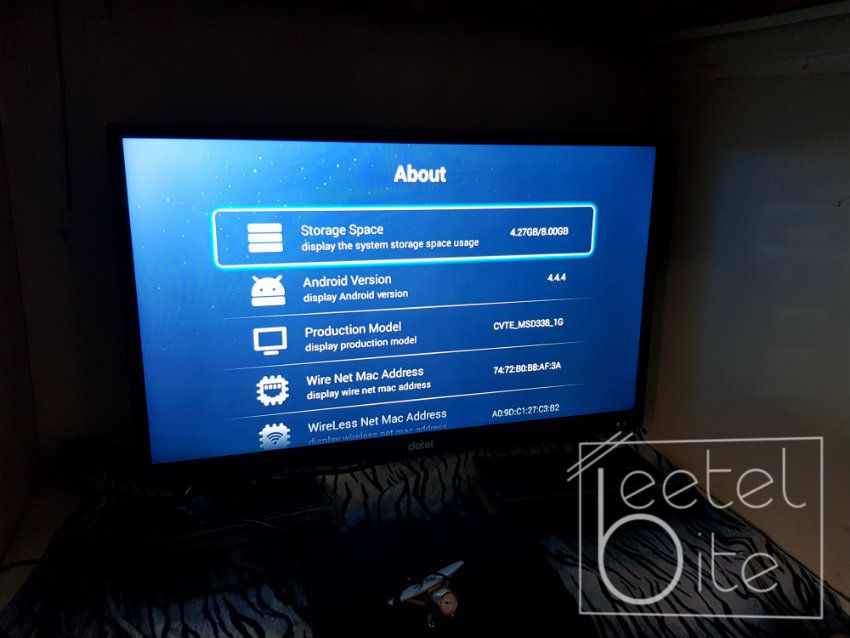 Coming to what we liked about the television, first and foremost is its remote control. The remote control of the device is really functional. It has various buttons to perform almost every task that a user can think of. From a YouTube, Netflix button to a mouse button it had all of the buttons we wished to use. However, the quality of the remote seems iffy, and we think better quality plastics could have been used by the company. 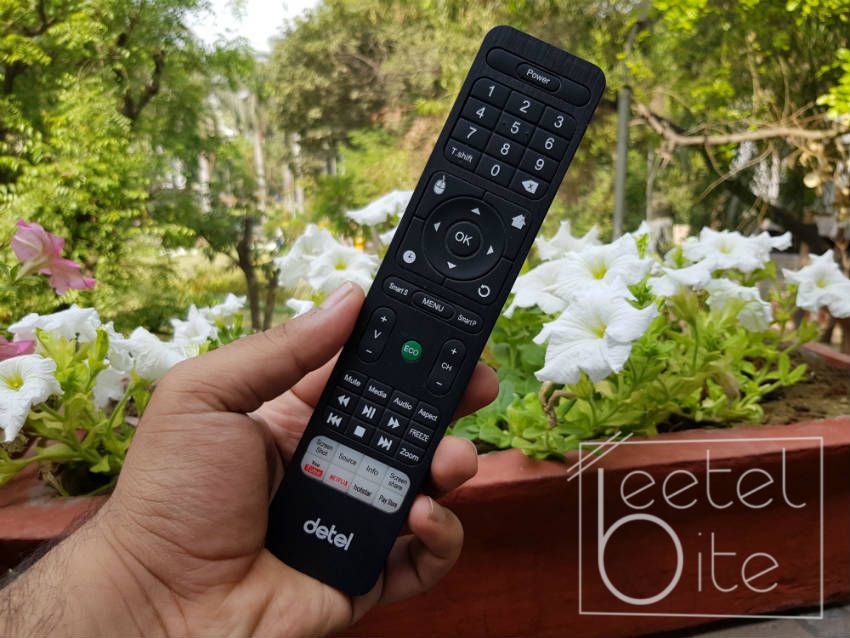 Coming to the display, the company has decided to go with the Samsung LSC320AN09/10 panel. This panel has a resolution of 1366 x 768 pixels. The display seems a bit oversaturated when turned on for the first time. After playing around the settings and tweaking the display, we found the television to perform much better. The display after the tweaks was really easy on the eyes, and an overall pleasure to view. We could spend hours watching content and playing games not get tired. However, we do recommend that when gaming put the television in the gaming mode to get better response times.

The television comes with two A/V ports, two HDMI ports, two USB ports, one microSD card slot, one VGA port, one PC A-IN, one RF-IN, one LAN port and one line out port. Seeing a company add so many input ports is a delight as we can connect a lot of our appliances at once without the need of constantly replacing the wire inputs. 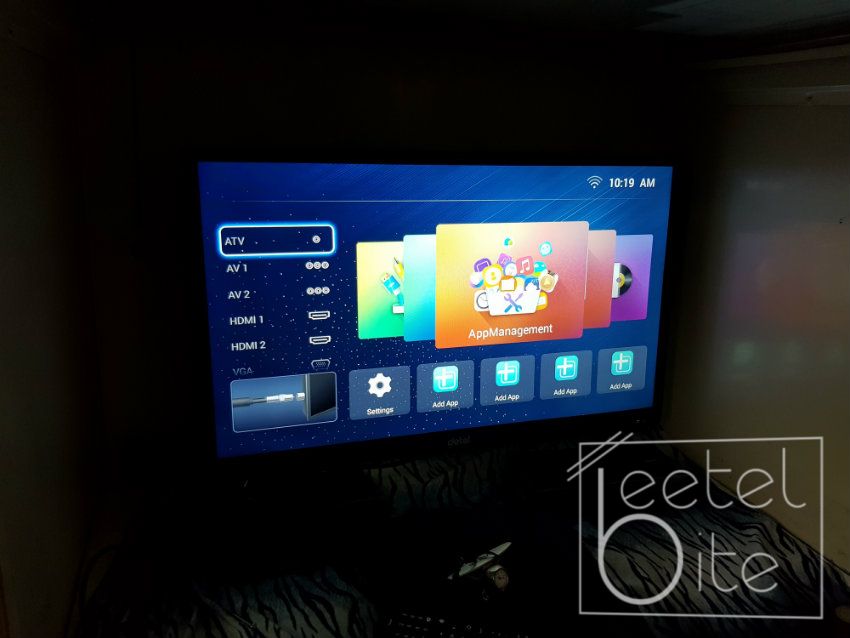 Considering the fact that Detel is a new company in the Indian market, it will have some teething problems. However, considering the fact that the company has provided such a good television at this price is commendable. The display is great along with the sound. But, the most important part of a smart TV is its user interface, which Detel has managed to keep simple enough for everybody to understand. If you are in the market for a smart TV but are on a tight budget, we would say that you that you definitely check out the Detel 32-inch smart LED TV before purchasing. 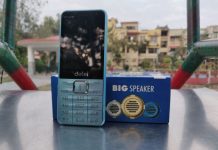 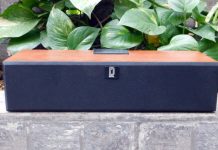 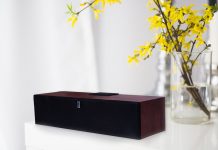