Smartphone brands have once again entered into a megapixel war, with new smartphones being released with 108-megapixel, 64-megapixel and 48-megapixel sensors. However, this is not what the Indian customers are looking for in smartphones these days.

According to a survey conducted by CyberMedia Research (CMR), the number one feature an Indian consumer looks for in a smartphone, is the quality of the front camera. The survey included 600 people who already own a smartphone. It was conducted in Delhi, Mumbai, Kolkata, Chennai, Bengaluru and Hyderabad.

The report states, 79 percent consumers purchasing a sub Rs. 30,000 smartphone think that the image quality is not dependent on the number of megapixels. 60 percent of consumers in the price bracket of Rs. 20,000 to Rs. 30,000 said that the front camera is more important than the back camera.

The sub-Rs. 30,000 price bracket is one of the most prominent price segments in India. Over 85 percent of Indians are included in this segment.

Also Read: Vivo U10 Review: All rounder or not?

"What the survey insights provide us with, is a compelling picture of a classic conundrum. While smartphone brands focus on increasing the megapixel capabilities of the rear camera, consumer priorities, in the sub-30k segment, are elsewhere," Prabhu Ram, Head- Industry Intelligence Group (IIG), CMR, said in a press statement.

"Consumers believe that the image quality is not dependent on megapixels. For them, the selfie should be picture-perfect, and that’s what really matters," he added. 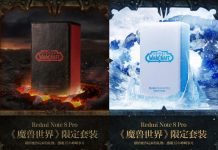