September was an exciting month for smartphones as we saw launches from brands like OnePlus and Apple. October is going to be no exception where we are going to see a lot of new smartphones from Xiaomi, Google, Realme and others. Here are the top five smartphones launching this October 2019.

Google launches its flagship smartphones in October every year. This year the company is launching the Google Pixel 4 series. Both the smartphones are expected to come with the Qualcomm Snapdragon 855 Plus processor. Leaks and rumours also suggest that the smartphone will come with new face recognition and motion-sensing features, a triple camera setup on the back, a 90Hz display and more. The smartphones will be launched at the Made by Google event scheduled for October 15.

While companies are launching their flagships, Xiaomi is gearing up to launch the latest edition of their best selling mid-range Redmi Note series. The Redmi Note 8 and Redmi Note 8 Pro were unveiled in China recently and the smartphones are headed to India this month. Manu Kumar Jain, Global VP and MD of Xiaomi India, has confirmed that the Redmi Note 8 series would launch within 8 weeks from the Chinese launch.

OnePlus re3cently launched its OnePlus 7T smartphone in India. During the launch, a lot of people were expecting the OnePlus 7T Pro as well. However, the company has decided to launch the flagship separately in London on October 10. It will be a direct successor to the OnePlus 7 Pro and it will bring the new Snapdragon 855 Plus chip on board.

Also Read: OnePlus 7T First Impressions: What OnePlus 7 should have been

Since its introduction, Realme has been concentrating on mid-range and budget-oriented smartphones. The company has finally decided to fight in the flagship smartphone market. For this, they will soon be launching the Realme X2 Pro, which is said to come with the Snapdragon 855 processor. It is expected to launch sometime in the last week of October.

Oppo's latest reno series of smartphones are doing well in the Indian market. Now, the company, on its Weibo page, has announced that they will be launching the Oppo Reno Ace on October 10. The smartphone is expected to come with features like 90Hz refresh rate display and 65W Super VOOC charging. 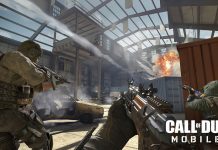