The new Samsung Gear 360 is a fully redesigned version of the previous version. It comes with enhanced features for high-quality content creation. This 360-degree camera is extremely lightweight and compact, hence can be easily be taken with you to create content.

As consumers turn more to video to share their experiences, we want to deliver accessible and innovative products to make digital content easier to create, share and stream, The updated Gear 360 will continue to expand the horizons of what consumers can experience and share.

The Gear 360 offers true 4K video recording capabilities for much more immersive content. The New Gear 360 comes with an 8.4 MP sensor and Bright Lens F2.2 on both the fish-eye lenses. In addition, it can take high-resolution images too.

The New Gear 360 takes advantage of Samsung's services to share, view, and edit the 360-degree content captured with the camera. Whatever content that is created n the camera can be viewed in various modes, editing tools, photo effects and filters to create customized content. 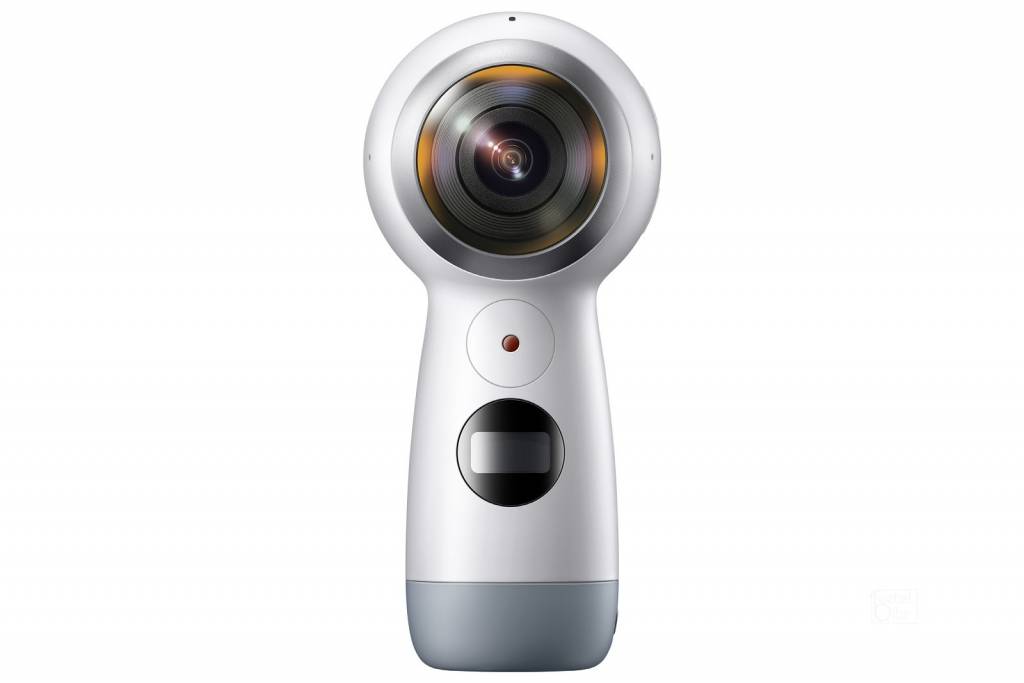 With the help of the 360 Social Live Broadcast, the camera can always stay connected to the internet and real-time content sharing can be done. The camera just needs to be synced with a smartphone or a computer, and that's it the camera can now share the content live directly to platforms such as YouTube, Facebook, Samsung VR, etc. 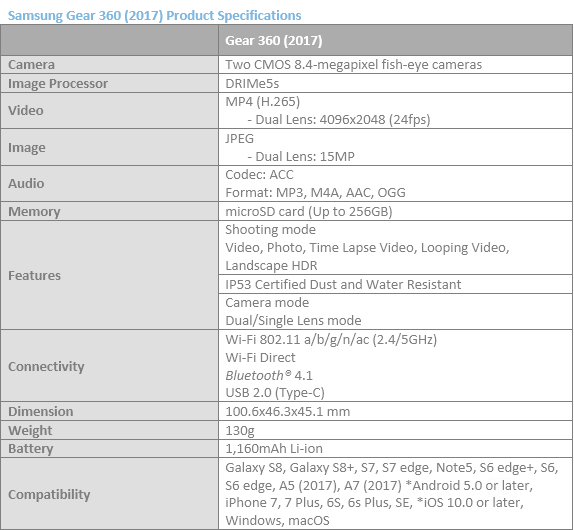