From the past few days, the internet is filled with #DeleteFacebook. The popular social media site Facebook's user data got exploited by Cambridge Analytica, a British political consultancy. Elon Musk, the founder of SpaceX and Tesla reacted to this by deleting the verified Facebook pages of his companies.

Soon after the reports came in regarding the Facebook user data being exploited, Brian Acton, the co-founder of WhatsApp had something to say. Acton tweeted "It is time. #deletefacebook" to which Elon Musk replied, "What’s Facebook?". The #DeleteFacebook went trending on YouTube and following that many people started deleting their Facebook accounts. 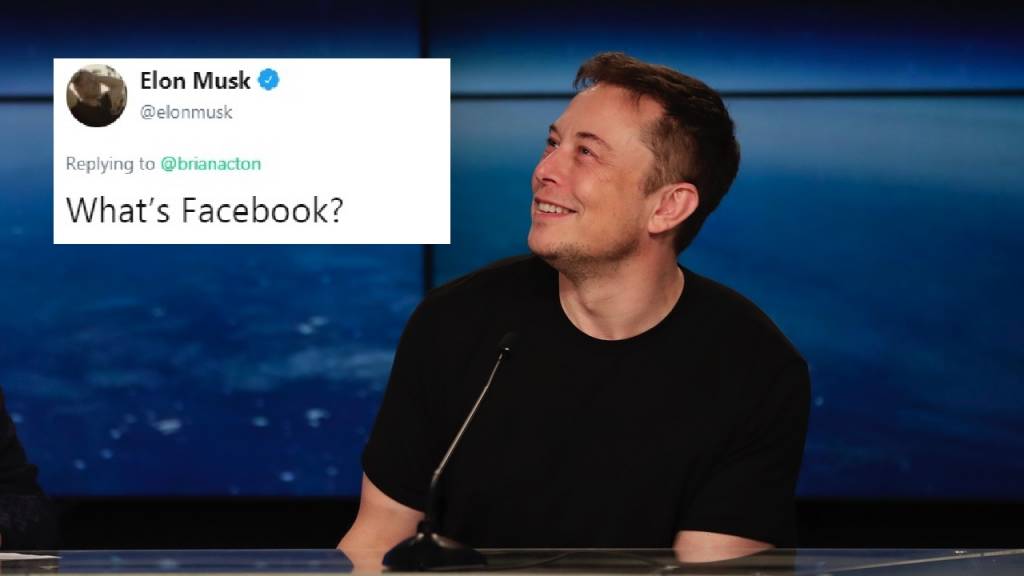 After Musk's reply to Acton's tweet, someone replied, "Delete SpaceX page on Facebook if you're the man?". Musk then replied in the comments section, "I didn’t realize there was one. Will do." Elon Musk really kept up with his words and deleted the official verified pages of SpaceX as well as Tesla.

Also Read: Airtel users can now get 30GB of 4G data for free, Here’s how

Further, Martina Pennisi commented, "What about Instagram?", to which Musk replied, "Instagram’s probably ok imo, so long as it stays fairly independent. I don’t use FB & never have, so don’t think I’m some kind of martyr or my companies are taking a huge blow. Also, we don’t advertise or pay for endorsements, so … don’t care."

Elon Musk later tweeted, "It's not a political statement and I didn't do this because someone dared me to do it. Just don't like Facebook. Gives me the willies. Sorry." By seeing all this, we feel that Elon Musk is just an ISIS Kidnapping away from becoming the Iron Man.