Samsung has launched yet another smartphone with their new Infinity-O display. The new Samsung Galaxy A9 Pro sports a hole punch design up front for the selfie camera. It has launched in South Korea for a price of KRW 599,500, which roughly converts to Rs. 38,000. Here are some of the alternatives to consider.

While the Samsung Galaxy A9 Pro brings the all-new hole punch design, OnePlus 6T brings in an in-display fingerprint scanner on board. It even has a water drop style notch, which looks quite better than the likes of iPhone XR and more. Moreover, OnePlus 6T comes with flagship grade hardware including a Qualcomm Snapdragon 845 chipset. It packs in up to 8GB of RAM and 256GB of onboard storage. OnePlus 6T is available for a starting price of Rs. 37,999.

Honor has recently launched the Honor View 20 and it is one of the first smartphones to come with a hole punch display. The new smartphone from Honor also brings their new flagship Kirin 980 chipset, which is based on a 7nm process. It also comes with a 48-megapixel camera at the back. The smartphone is launching in India next week and it is expected to be priced under Rs. 40,000.

If you want to save some money and you don't care much about the looks of your phone, the Poco F1 will deliver way better performance than the Galaxy A9 Pro. Poco F1 comes with flagship Qualcomm Snapdragon 845 SoC paired with up to 8GB of RAM. Under the hood, it has a 4,000mAh battery. Poco F1 is available at a starting price of Rs. 19,999.

Also Read: Here’s why Xiaomi Poco F1 is the smartphone to beat in 2018 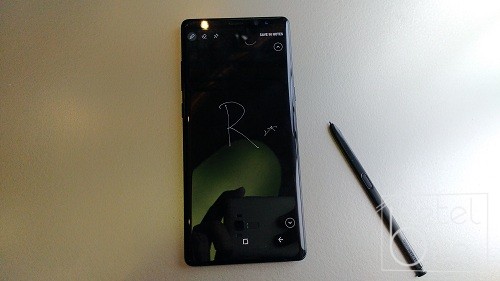 If you are willing to go back a generation, the flagship Samsung Galaxy Note 8 is selling for around Rs. 42,000 in India. The smartphone brings in tons of features like Samsung Pay, QHD+ Super AMOLED display and much more. The phone has also started receiving the latest Android Pie based One UI update.

In case you want a smartphone with a distinguishing feature, the Vivo Nex might just be the right phone for you. It comes with an almost bezel-less design, a pop-up selfie camera and an in-display fingerprint scanner. It is powered by the Qualcomm Snapdragon 845 SoC coupled with Adreno 630 GPU. Vivo Nex is available for a price of Rs. 44,990