The European Organisation for Nuclear Research, which is also known as CERN has announced that it will not use the enterprise connectivity platform, Workplace by Facebook. This is because it has concerns regarding the management of user data by the social media network.

CERN also announced that its presence on Workplace ended on January 31. The decision was taken because of CERN members not using the platform much along with concerns about data privacy.

"Reactions were not always positive. Many people preferred not to use a tool from a company that they did not trust in terms of data privacy. To date, about 1,000 members of the CERN community have created a Workplace account and there are roughly 150 active users of the platform per week," CERN said in a statement.

After Facebook made Workplace available to any company or organisation free of charge, back in 2016. "For CERN, they made the enticing offer of waiving the fees and so we took the opportunity to test the platform. Representatives from HR, IT and IR worked together to carry out dedicated trials within their department/sector to gather feedback," added the company.

After this, in July 2019, the company announced the introduction of new Workplace paid plans. It also managed to convert three million users to paid users by October.

CERN was then provided with an option to pay the fees implemented by the platform to downgrade to the free version of the service.

The free version removes the administrative rights and sign-on access. It also sends all of the data to Facebook.

"Losing control of our data was unacceptable, as was paying for a tool that was not part of our core offering for the CERN community; therefore, we will end the trial of this platform," said CERN.

Also Read: Facebook Lasso launched, will it be the next TikTok?

In a statement, they also stated that to replace all of the Workplace functionalities, they have introduced a suite of alternative solutions inside of the organisation. 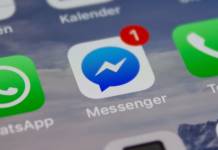 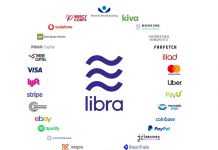